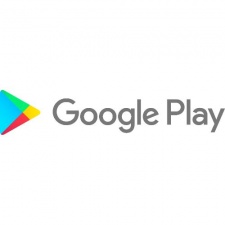 India’s antitrust watchdog has announced that it has issued Google with a $113 million dollar fine, Techcrunch reports. This penalty is due to the group finding that Google Play has abused its dominant position in the market.

In addition to the fine, Google has been ordered to allow developers to use third-party payment processing services for both apps and in-app purchases, allowing them to circumvent the payment processing fee charged by the company.

This is the second time in a matter of weeks that Google has faced fines for this issue in India.

The Competition Commission of India began examining Google’s payment systems in 2020, and stated that mandating developers to use Google’s billing system “constitutes an imposition of unfair condition” and violates law.

The Commission also stated that Google engages in discriminatory behaviour, as Google doesn’t use its own billing system on its first-party apps such as YouTube.

“Mandatory imposition of GPBS [Google Play Billing System] disturbs innovation incentives and the ability of both the payment processors as well as app developers to undertake technical development and innovate and thus is tantamount to limiting technical development in the market for in-app payment processing services in violation of the provisions of the Act. Thus, Google is found to be in violation of the provisions of Section 4(2)(b)(ii) of the Act,” stated the report.

India is Google’s largest market by users, with 97 percent of the country’s 600 million mobile owners using Android devices. The company has poured billions of dollars into the South Asian market as part of its growth strategy, however it appears that India is taking a firmer stance against the company. The country has given Google three months to comply with its demands.