What is live ops and why should you care?

It's the hot buzzword in the games industry, but what does it really mean? 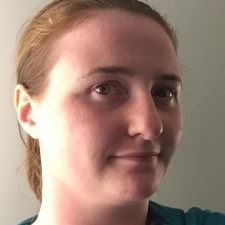 Becky Jowsey is a researcher at Fundamentally Games.

On my bookshelf at present, there are eight different books specifically addressing the topics of game design and production.

Among these hefty tomes of wisdom, not one contains any reference whatsoever to live ops. Yet the top grossing games on the App Store today all utilise live ops to ensure exciting content is regularly delivered to an engaged, paying customer base.

It is because of well-executed Live ops planning that these games reached the top of the charts, not in spite of it. For games-as-a-service game design, live ops planning is essential. Yet at the same time, resources to explain the correct deployment of live ops planning are sorely lacking.

Live ops centres around managing player life-cycle, from discovery through to churn. Churn is the attrition rate whereby a percentage of players lose their loyalty to the game and leave. Churn need not be permanent; players are sometimes receptive to being lured back into the game world and re-engaged.

Live ops centres around managing player life-cycle, from discovery through to churn.

Each strand has a role to play in supporting the key aims of monetising the existing player base, growing the player base, and ensuring the overall health of the game, keeping it fresh, interesting, smooth-running and popular.

In order to execute live ops you need a scalable team that has a very clear understanding of the scope of work required for games with communities in the market.

The definition of a good result in live ops is judged by different parameters to standard games development work, and the team must always be self-assessing their efforts against those KPIs in a process of continuous service improvement.

Live ops can be conceived of as on the one hand adding in new content, such as weapons, outfits, characters and maps; and on the other of pruning away that which is damaging the game.

Events and promotions put a spotlight on the features already present, highlighting them to players, so they can be measured objectively with metrics. They also give a compelling reason for disengaged or disengaging players to return to the game with refreshed enthusiasm, or at least with curiosity.

Bugs will inevitably be rooted out by the players and so should be handed off to technically capable members of the live ops team, with regular technical updates demonstrating to players that their digital playground is being well cared for.

Problematic players should be identified by rigorous community managers who have built a firm but fair relationship with the player base.

That player base will report back on issues for problem management and give real-time feedback on the popularity and effectiveness of events, promotions, new content and new features as they are being deployed.

Live ops is about introducing features as chocolates in a box, each a new, small delight that keeps you coming back for more.

It isn’t about reprogramming the game to make it into something else. It isn’t about using a live game as a testing ground for content for other games, such as sequels or genre-flips.

Every change a developer makes to a game has the potential to introduce bugs which will cost time, money and work-hours to put right, all the while running the risk of players leaving the game, so changes should be incremental and the effect on both the players and the purse-strings closely monitored.

It only takes a few big disruptions can cause an exodus of churning players which can be nearly impossible to reverse.

To build an analogy, live ops is about introducing features as chocolates in a box, each a new, small delight that keeps you coming back for more. It is not an Easter Egg to be created and then devoured in one go.

By effective employment of live ops practices, developers can extend the long-tail revenue of their game, but this must always be a data-driven process. The more data that can be gathered, the more informed the live ops team can be that they are heading in the right direction overall.

In our work supporting games developers, we often find that the biggest hurdle to smooth service operations is a failure to plan before the game goes to market.

Live ops need not be arduous. Live ops will scale with the game's audience but that only works if we incorporate this into the game design in the first place.

As is so often the way, proper planning increases the likelihood of a successful performance.

What is live ops, anyway?

Where have all the mobile indie games gone?