Scalarr's Olga Bazarova on how to combat ad fraud 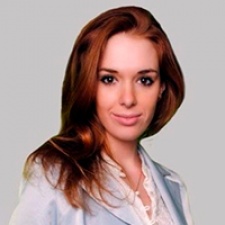 One of the biggest challenges that User Acquisition Managers often stumble upon when trying to access the performance of advertising campaigns is mobile ad fraud. With an estimated 26 per cent of all mobile app install advertising going to fraudsters in 2019, it’s hard to exaggerate the size of this issue.

However, mobile ad fraud has grown from a no-name issue to a bloated, deadweight problem that often strikes an almost mythical fear into marketers. But is big enough to let it take over your user acquisition strategy?

Why “trusted” sources are not a lifebelt

User acquisition managers are hungrily extolling the rise of the so-called “trusted” traffic sources (Google Ads, YouTube, Facebook, video ad networks, etcetera.) and all the benefits they promise, namely: custom-tailored ad campaigns, a wide range of ad inventory, high engagement, and supposedly lower fraud rates. All that allows Facebook and Google to dominate the field, creating a sort of duopoly on the ad buying market.

At the same time, it would have been surprising if that duopoly didn’t come with a set of downsides, especially in terms of costs - “trusted” sources indeed have much higher CPI (cost per install) and CPA (cost per action) rates and entry thresholds.

While it’s fair to say that higher user acquisition costs may - at least for some app categories - be offset by a higher revenue per user, the total revenue against the customer acquisition cost across “trusted” sources tends to be lower.

What’s more, the allegation that “trusted” sources are immune to fraud is somewhat questionable, particularly in the light of the recent events. The click spam scheme behind Kika and Cheetah Mobile apps, the discovery of “Drainer Bot”, and other eye-opening news are a solid proof that Google can no longer be considered a safe house for user acquisition managers.

In reality, mobile ad fraud across Google and other “trusted” sources is a much bigger issue than it seems. In fact, it’s on the upswing.

In reality, mobile ad fraud across Google and other “trusted” sources is a much bigger issue than it seems. In fact, it’s on the upswing.

According to the mobile ad fraud detection company Scalarr, fraud can reach five per cent of all traffic buying in trusted sources in 2019, as opposed to only 1.2 percent in 2018. With more and more marketing money being directed to the Google-Facebook duopoly, that trend will likely continue to grow in the upcoming years.

Daniel Lopez, senior user acquisition manager at DraftKings, believes that the best strategy in buying traffic is “not to leave any stone unturned".

“Draftkings want to be empowered to buy anywhere you want without being worried about fraud and being forced to only buy on the more expensive sources,” he says.

“That is why we pay great attention to mobile ad fraud, arming ourselves with a good third-party anti-fraud solution.”

The freedom of choice

While Facebook and Google are still the most popular traffic sources that should be present in every user acquisition strategy, there’s always a high risk of putting too many eggs in one basket.

First of all, these “trusted” sources are by and large “black boxes” that don’t offer any convenient way to manually optimise ad campaigns.

Google, for example, places ads in several channels, including Google Search, YouTube, and third-party apps. The process of placing an ad is governed by a finicky algorithm that advertisers cannot access. As a result, ad placement channels are often left to chance.

Ultimately, savvy UA managers should be testing every available channel of growth, analysing the outcomes and choosing those with the biggest potential.

Secondly, by limiting their traffic channels to just a handful of sources, user acquisition managers can jeopardise their business. There are potential risks that may arise in the process: the platform can fail, the traffic can slow down, the advertiser account can get suspended. On the contrary, diversifying traffic sources can minimise these risks and protect the campaign if one of the revenue streams suddenly dries out.

What’s even more important, marketers should be concerned about the concentration of power in the hands of “advertising kingpins”, that not only own the digital advertising playing field but are also able to set the rules of the game.

That, in turn, will lead to a further dramatic increase in CPI and CPA rates, which are already well above the market’s average.

When it comes to launching a successful user acquisition campaign, you need all the inventory you can get. Ultimately, savvy user acquisition managers should be testing every available channel of growth, analysing the outcomes and choosing those with the biggest potential. There’s no room for fraudsters in this consistent picture.

It’s true that mobile ad fraud is a massive issue that can’t be put aside. However, fight against fraudsters is an ongoing battle, not a death march. With an advanced anti-fraud solution in place, marketers can not only spare advertising budgets but look above and beyond the “trusted” sources.

At the end of the day, the freedom to choose the most effective channel without having to worry about fraud is every user acquisition manager’s keystone to success.

The one thing that moves user acquisition the wrong way