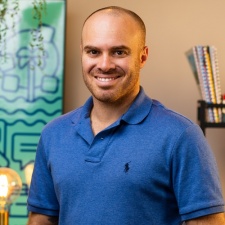 Nadav Ashkenazy is VP of global partnerships at IronSource.

As the choice of ad units and their features continues to grow and develop, creating an ad logic that works best for your game becomes more tricky.

Today, engaging ad units can be seamlessly integrated into the core loop of most games, even IAP-based games, meaning you no longer have to choose between maximising revenue and improving player experience.

There are lots of elements to consider with regards to knowing when and where to include ads in your game.

Assuming you already understand the difference between system-initiated and user-initiated ads and the best practices for each, here I will analyse the ad units with regards to some critical metrics - day three (D3) retention, ARPDAU and ARPU - so that you have a framework in which to decide which ad units and in which combination works best for your game.

In the above graph, we can see that for system initiated ads, as the number of impressions increases for a user, D3 retention is negatively affected. This is especially true if the ads aren’t placed correctly in the game.

Conversely, for user-initiated rewarded video ads, as you increase the number of impressions for a user per day, D3 retention actually improves.

This is due to the unique feature of user-initiated ads. Due to their opt-in nature, they’re more of a product feature than an ad, and if implemented as part of the gameplay, they can function as an integral part of your in-app economy.

For example, placing a rewarded video strategically to help a user get over a particular obstacle in the game can work to fix a leak in your funnel. Remember that progression in a game equals retention, which is ultimately what we see in the graph above.

As you can see, the ARPDAU is about the same for system-initiated and user-initiated ads - as the number of ad impressions a day increases for a user, so does the ARPDAU.

However, the incremental revenue does get lower as the session gets deeper. This is due to the nature of ads in mobile gaming, which are predominantly performance campaigns, where the conversion and install rates for ads further along in the game (i.e. impressions five and six) are much lower than those for ads shown earlier on in the game (i.e. first and second impression).

Beyond looking at retention and ARPDAU, however, what’s really important with regards to creating the optimal combination of ad units isn’t retention or ARPDAU, but LTV or ARPU, since optimising toward that goal will result in the highest revenue.

Comparing the three sets of graphs for user-initiated ads, we can see that as more ads are shown, retention goes up, ARPDAU goes up and so does ARPU.

By nature of the ad unit, and the fact that users have to opt-in to engage with it, you can’t truly affect how many impressions are seen a day, so the tough task is to integrate user-initiated ads cleverly into the gameplay to encourage users to choose to see as many ads as possible.

However for IAP-based games this must be done more cautiously - my previous article in PocketGamer.biz talks more about best practices for rewarded video and offerwall inside IAP-based games.

For system-initiated ads i.e. interstitials, we see a different trend. Though ARPDAU increases as the number of impressions increases, retention decreases. The reason for this should be clear - too many ads a day can irritate users and ultimately reduces the potential maximum ARPU/LTV that you could achieve.

It’s important to find the sweet spot that balances between showing enough ads to increase ARPDAU, yet not showing too many which may hurt retention and ARPU.

Ultimately, the only real way to find the sweet spot for your game, in your target geo, for each operating system, is to A/B test the number of ads per user per day across both ad types.

How to implement the ad units

If you can, always, always start with user-initiated ads. If your game has insignificant IAP revenue then maximise your rewarded video implementation as much as possible.

If the IAP revenue of your game is significant then you need to balance between IAP and ads to maximse your ARPU. Your ad placement must always justify the competition with IAP. You could, for example, use the ads as a teaser to make a purchase. More best practices can be seen in my previous article.

If you can, always, always start with user-initiated ads. If your game has insignificant IAP revenue then maximise your rewarded video implementation as much as possible.

Then move on to system-initiated ads. For games with little IAP revenue and relatively simple game economies, (such as hyper-casual games), interstitials can and should be used freely, though implemented wisely.

Remember to check and test what your sweet spot is so that you have the right interstitial frequency to maximise ARPU. If your game does support a complex game economy which drives significant IAP revenue, then the story is different.

Interstitials should only be used for a specific slice of the pie of your users - those who can’t be converted to payers and aren’t invested enough to utilise offerwall or rewarded video.

What’s important here is to create a prediction model that identifies the type of player from early on in the game, so that you know if you can show them interstitials from day one or not, and start increasing ARPU.

Make ARPU your target measurement, follow best practices for each ad unit so that they are optimally and correctly implemented inside of your game, and know your benchmarks so that you can better manage the final guideline, which is to keep running A/B tests so that you can outperform both the benchmarks and yourself.