It’s time to join in 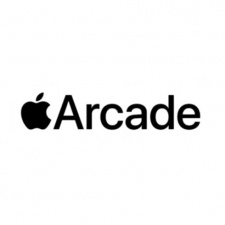 Given Apple Arcade’s business model as an all-you-can-eat subscription model, perhaps the most significant single data point to highlight is 41 of these games (58%) are new to mobile, or ‘exclusive to Apple Arcade’ as Apple would put it.

Given the time it takes to develop a game, it was always going to be the case a reasonable proportion of these games would be ported to iOS from other gaming platforms.

In that context, 27 of the launch games are also available on PC, 11 on Switch, nine on PS4 and six on Xbox One.

Still, if we further tighten the criteria to look at titles exclusive to Apple Arcade and also new IP, that’s an impressive 32 games (45%).

Indeed, only 11 games of the 71 could be described as being based on existing IP.

Reinforced by its very deep pockets, Apple has engaged with game developers and publishers, coming up with a very strong set of launch titles.

But, as with any business venture, the launch is just the beginning.

This is particularly true for a monthly subscription service in which the first month is free.

Apple’s next challenge will be to ensure come 19 October there’s enough exciting content to ensure players don’t cancel their subscriptions.

That’s one reason it’s surprising Apple has packed the launch with so many high quality titles.

This isn’t to say there’s nothing to look forward to. We’re already tracking 21 games that didn’t make the launch, including Gameloft’s Ballistic Baseball, Revolution’s Beyond a Steel Sky and The Chinese Room’s Little Orpheus.

Given that’s the case, it is sensible to ask how many of the launch 71 games will receive due attention?

Apple’s curation team, no doubt, have a solid plan to get them all promoted in due course.

Ironically, one consequence of having so much new IP is that process will be somewhat harder than it otherwise might have been.

Similarly, it will be fascinating to see how much future content is available on other gaming platforms as this has the potential to promote Apple Arcade’s value proposition.

Maybe Apple Arcade will eventually become a platform for indie games, much like Switch or Steam.

If the option is to spend $20 to get a new game on Switch or PC, or play it for free on Apple Arcade, the answer’s obvious, at least to anyone with an iPhone.

So, Apple finds itself in an interesting position.

But it also needs to play nicely with the rest of the games industry - especially Nintendo - if it wants to take full advantage of wider network effects.

Having games launch on Apple Arcade alongside Switch and/or Steam will provide the best opportunity for all parties.

Indeed, maybe Apple Arcade will eventually become a platform for indie games, much like Switch or Steam.

Having deep engagement with game makers is not something that comes naturally to Apple, of course.

Let’s hope Apple Arcade encourages less of the walled garden mentality of old and is the start of a beautiful new relationship.