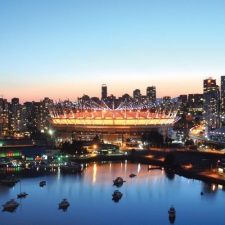 Vancouver is the new buzzword in digital entertainment, and it's no secret why: the city is home to thousands of pioneering film, TV, VFX, animation and interactive gaming companies, universally drawn to the region's inspiring ocean, mountain and rainforest setting, expansive talent pool, and first-rate industry infrastructure.

Offering a robust ecosystem with a track record for cultivating success, Vancouver boasts one of the top interactive gaming clusters in the world with more than 170 video game development studios creating billions in annual revenue. Studios based here and throughout the rest of British Columbia are enjoying global recognition and establishing impactful partnerships – and they’re just getting started.

“Over the years, British Columbia has developed into a gaming powerhouse, fueled by the province’s tax incentives, an ever-growing talent pipeline, and a tight-knit and collaborative community,” said Tim Teh, founder and CEO of Kano Apps. “With the global gaming industry set to hit over $150 billion by the end of 2019, there’s a noticeable drive from companies across the province to develop the next generation of local talent.”

Attracting talent has never been an issue for Vancouver. Startups and global corporations alike are flocking to the city like never before, drawn by exceptional educational facilities, lucrative job opportunities, and an enviable lifestyle anchored by unparalleled natural beauty. Thanks to its mild year-round climate, Vancouver is famed as one of few destinations in the world where you can ski, golf and sail in the same day – and residents often do.

Vancouver is a hub for emerging technologies, which complements and enhances the exceptional work being done by digital entertainment clusters situated here

Work-life balance is a priority here, with plenty of options to work and play hard. Walkable streets, more than 400km of bike paths and a compact core – it takes just 30 minutes to walk across downtown – attract urban dwellers who prioritize sustainability and crave a community feel.

With such an enticing array of readily accessible perks, it’s no wonder industry superstars like EA Canada, The Coalition, Kabam and others have set up shop in Vancouver – but they’re not alone. Throughout the city and spilling into neighbouring regions, interactive gaming studios, developers and distributors rub elbows with acclaimed AI, AR/VR, VFX and eSports companies, contributing to a blossoming digital entertainment ecosystem whose collaborative environment is truly unique.

Professionals frequently move between sectors, diversifying their skills and fostering creative collaborations in the process. “Vancouver is a hub for emerging technologies, which complements and enhances the exceptional work being done by digital entertainment clusters situated here,” said Nancy Basi, executive director of the Media & Entertainment Centre at VEC.

“Our presence at PG Connects provides a key opportunity for local studios not only to network and generate leads, but also to learn from world leaders in digital entertainment and apply those insights at home so our output becomes even stronger.”

The future is bright for digital entertainment in Vancouver, with continued growth expected over the foreseeable future. One sector that is gaining rapid ground is eSports, with many interactive gaming companies focused on supporting growth through software, platforms, content and training.

Building on Vancouver’s 40-year history as a global hub for VFX, animation and film, Vancouver Economic
Commission is focusing on development of eSports, the logical next step in Vancouver’s ever-expanding ecosystem.

“Vancouver is an incredibly supportive city that helps companies flourish within all forms of gaming, including video games, AI, AR/VR and eSports,” said Gavin Johnson, Monstercat. “We have extremely passionate indie communities, supportive development agencies, and venues capable of hosting world-class eSports and gaming events. It’s given independent record labels like Monstercat the ability to connect to the gaming world right in our own neighbourhood.”

Nancy Basi from the Vancouver Economic Commission on esports potential