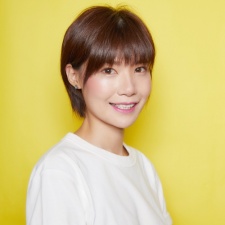 Stella Zhu is the Creative Director of Mindworks.

Playable ads have become an increasingly popular ad format thanks to their ability to give consumers the chance to experience a game before downloading it. According to eMarketer, 28% US app marketers believed that playable ad is the most effective in-app ad format, with 71% said they find playable ads were effective at engaging with audiences.

According to data drawn from Mintegral’s own ad traffic, playable ads are not only actively used by casual and hyper-casual games, but also by mid-core game genres such as business simulation (titles like Rollercoaster Tycoon or Virtuanomics, for example). Idle game is also a genre where we see significant effect after using playable ads.

Whilst there has clearly been a big increase in the use of playable ads in the past year, there is still a perception issue around the cost and complexity of using them, and perhaps because they are so strongly associated with the recent hyper-casual boom.

It’s true that they work best with simple games where the core gameplay can be demonstrated in just a few seconds. But in China playable ads are being used across a variety of genres with great success.

Contrary to what many people believe, designing an effective playable ad is far more complicated than simply shortening a game. The reality is that tons of things need to be done during the design and creation process.

The most important thing is defining what the core gameplay ‘moment’ is so that the ad shows a faithful experience of the real game, and matching that with analysis of what experience your audience is most likely to be engaged by.

As the dedicated creative studio at Mintegral, Mindworks has created hundreds of playable ads. There are three key elements that we have found are essential to making a top performing playable:

1. Make sure you tell your audience how to ‘win’ at the very beginning of the ad.

A clear goal helps your audience better understand the rules of the game, meaning they can play it even if they’ve never seen it before.

2. Give the viewer positive feedback like a high score or goal achieved.

Giving them the sense of rapid progression in a short time can be really effective in creating a sense of achievement, making them more keen to download your game and continue their progress for real.

3. For games that are more familiar to players, adding a dramatic short video clip (like an intro movie) to show the storyline of the game can hook them into engaging with the ad.

Designing the playable ad is just the first step. It’s extremely important you also continuously optimize your playable ads to improve the amount of impressions that result in installs (a metric we call IPM, or Installs Per Mille/thousand). To check this, you can ask yourself if your ad passes the following four tests:

1. Does your ad have clear instructions?

No matter how easy the game is, it’s important to guide the user through the experience. Remember, you only have seconds to draw people into the experience, so simplify your gameplay, give users tips if they’re stuck, make sure the goal is obvious.

Another tip is to capture attention by starting the playable with some ‘fake’ advice, so that the player fails and is given a second try. This might sound counterintuitive, but failure can help players quickly understand the gameplay and make them more determined to win. This motivation can actually help to improve the conversion rate.

This example is one of the playable ads for Mr Go Home, a fun and tricky puzzle game published by MarkApp. Players need to help Mr Go Home get safely to his house by using the buttons at the bottom of the screen, and use the jump button to avoid danger.

When replicating the game as a playable ad, Mindworks placed some ‘fake tips’, such as telling players to go straight towards a dangerous obstacle instead of avoiding it, making players fail and have to try again. Compared to the original ‘honest’ version of the ad, this version saw the IPM increase by 32%.

2. Has your ad got the right balance of duration and difficulty?

The duration of a playable and its difficulty have a big impact on its IPM. Our data shows that the ideal length of a playable is more than 10 seconds but less than 40 seconds. However, different genres of games have their corresponding ideal duration for an ad. So your design team need to run A/B tests with ads of different length in order to find the best conversion rate.

For example, for games such as match-3 games and puzzle games, 10-15 seconds is good enough for players to sample the gameplay. For action games, racing games and musical games, a longer duration around 40s would be better because the gameplay will naturally be more complex.

Also, try to find the difficulty sweet spot. Try to make your playable challenging enough but not so difficult as to make players frustrated.

An example here is Rescue Cut! from MarkApp. Players need to swipe the ropes with their finger to save the man that is tied up in a room. The first version of the ad presented several challenging stages in an ad lasting 30 seconds.

Considering that the core gameplay consists of cutting ropes as quickly as possible, Mindworks shortened the ad to 20 seconds and reduced the difficulty. They also simplified the instructions at the start of the ad. With this version the IPM improved by 45%.

3. Have you localized your playable ads to match the interests of your target market and target players?

Getting the localization right is essential because it indirectly affects everything else. When optimizing playable creatives, try to localize your creatives based on demographics, geography and even seasonality. For example, by changing the art style of an ad to reflect the fact it was being shown around the time of Halloween, the IPM of the ad went up by 170%.

4. Does the ad give enough instant feedback to keep the player engaged?

Make sure all the instructions are clear and use strong visual cues or sound effects so they have instant feedback when they do something right or wrong. Using flashing elements like diamonds or coins is a simple but effective way to show progress or that you’ve achieved your goal.

While all the tips mentioned above are tried and tested, the best way to figure out the most effective version is to continuously test different themes, skins, difficulty, duration, etc., and keep iterating based on the results. That means that you need to produce variations of their playable so you can A/B test with each tweak and improvement.

Producing a high-quality playable ad is comparable to the effort required to develop a complete game. They both involve script writing, coding, UI, design, testing and constant improvement.

This makes it something that’s beyond the capabilities of many advertisers or agencies - so Mindworks will be introducing a Dashboard that simplifies a lot of the process.

With hundreds of playables already created and launched, Mindworks has taken the most effective designed and created a number of basic templates covering a variety of game genres. The idea is that marketers can customise these templates and create professional playable ads - even if they have zero programming skills.

Ads created using the platform can then be analysed and optimised based on the campaign performance. Elements of the playable, e.g. dynamic parameters can be tweaked and changed very quickly, effectively allowing for very rapid iteration and the creation of multiple versions of the ad from the original template.
We hope that this template-based approach will significantly lower the existing cost and time for creating playable ads, allowing a far wider range of developers and publishers to use an ad format which delivers great results.