From FUBAR: Just Give'r to Dragon Up: Idle Adventure 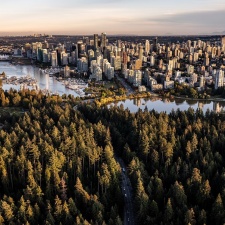 Following on the heels of a successful PG Connects in London this January, several Vancouver studios – all of whom attended the world's leading mobile games conference as part of Vancouver Economic Commission's LEVEL UP delegation – have launched new games and software that fans have been anticipating for months.

Fans of the original production will appreciate FUBAR's extended storyline, new characters and weekly in-game events that keep the experience novel and fresh for longtime players.

Featuring a touch-drag-release control mechanism that facilitates easy learning – and the precision required to shave precious fractions of a second off finish times – the game appeals to seasoned and newbie gamers alike, supporting a challenging yet achievable journey towards the eFIS World Cup podium. Users who prefer to watch the action can activate the "spectate" feature to see top participants go head-to-head. Après, anyone?

Branching out from pure gaming, Saturn Animation Studios has raised the technology bar with the introduction of text-to-speech convertor Kukarella. The application can be used by industries ranging from medicine to screenwriting to business, with the largest and most diversified library of voices available.

In fact, users have access to every language and voice in the Google, Amazon, Microsoft and IBM libraries, amounting to upwards of 270 realistic voices across 55 languages and accent. Better still, Kukarella is easy to use, boasting a conversion process that takes mere seconds; and cost-effective, with subscriptions starting at less than $5 for one hour of voiceover.

Finally, East Side Games hasn’t been "idle" with the launch of Dragon Up: Idle Adventure, a collaboration with IdleKit and Night Garden Studio. The newest addition to the award-winning Dragon Up family invites users to tap their way through a vibrant Dragon Kingdom, collecting the scaly monsters along with gold coins to unlock rare breeds. The action-packed adventure was released worldwide on February 10, available in Google Play and the App Store.