PickFu's CMO discusses how to breath life into old titles 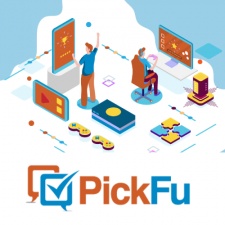 Kim Kohatsu is the chief marketing officer at PickFu, an online service that game studios use to ensure their ideas and marketing resonate with players.

Given the resources required to develop and market a game, what should you do when a launch sputters out?

It’s simple: Emulate what this publisher did. Before the flop, the company had created a string of hits that grossed over $1 billion in App Store revenue. But even an indie developer can follow this plan (a billion dollars not required).

We’re keeping the studio anonymous to protect its privacy, but we’ll provide the steps that you can follow below.

The studio had been working on a new game for over a year when it soft-launched in Russia with the intention to then launch it in the US market. The launch massively underperformed in downloads and other App Store metrics. Users in the test market weren’t biting at all.

But the publisher didn’t give up. Instead, the team focused on three important questions:

These questions helped guide the turnaround, but the trick is to know where to look for the answers. Even with its team of highly creative people, the studio needed an outside perspective.

Rapid user testing fills an important spot in the world of customer feedback and data.

To find out what makes your users tick, you can study App Store metrics and in-game instrumentation. Online forums, gaming communities, and App Store reviews can help you find out how users feel about your game.

But what if you don’t have users yet?

Here’s how PickFu works: a game publisher creates a poll to test each element mentioned in the questions above - the app icon, screenshots, and description. Each poll asks a simple question such as “which app icon do you like better?” or “based on these screenshots, which app would you rather download?”

The poll then goes out to PickFu’s readymade pool of survey respondents. Game studios can tailor this pool to match their game’s target audience with a variety of audience traits, such as female iOS users who play mobile games.

In as little as 15 minutes and usually not more than a few hours, the survey completes. Publishers can see demographic data for the respondents who voted for each choice. And in each poll, every respondent votes on an option and submits a written comment to explain their reasoning. These comments provide invaluable insights to guide creative decisions.

Here’s how this whole process worked with our case study studio.

Step one - tackling the App icon

The publisher created a PickFu poll that asked, “Which app icon makes you MOST want to download and play a mobile 3v3 battle game?” For a total price of $195, three app icons were ranked by 50 mobile gamers who have spent money in the App Store.

Since we can’t show you the poll, we replicated this test with a different game, Brawl Stars, using visual assets we grabbed online. We asked respondents which app icon they preferred: an angry skull, a smiley face, and a skull with an eye patch. In exactly 59 minutes, all the feedback was in.

PickFu respondents chose Option C, the skull with the eye patch, as the winner. We should note that Brawl Stars is currently using Option B, the smiley face. It might be time to reconsider.

One male respondent wrote, “I like the skull icons better than the smiley face (in Option B). I think having an eye patch makes it look cooler. Both of the skulls are good, however, and much better than the generic smiley.”

In response to the feedback from the PickFu poll, our case study publisher changed the app’s icon to feature a different game character.

The studio then tested the failed game’s screenshots with the poll question, “Which screenshot makes you MOST want to download and play a mobile 3v3 battle game?” A target audience of 50 mobile gamers with regular App Store spend ranked four different screenshots, only one of which showed a scene from the actual game. Results came back in one hour and 12 minutes and cost $210.

We replicated the test, again using Brawl Stars. And like the original poll, the one screen showing gameplay (Option D) won the poll.

One respondent summed up the reason for the win with this bit of feedback: “[Option] D allows you to actually see the game. Options C/B/A don't actually show you the game. However, [Option] C is better than [Option] B because you see your three battlers, and [this] can give you an idea of it being a 3v3.”

In response to the feedback, the publisher decided to replace the leading screenshot and reorder the others.

In its third PickFu poll, the publisher sought the best of four possible descriptions. Again, 50 mobile gamers with App Store spend ranked the choices. At a cost of $210 and in 51 minutes, the company had its answer.

In our replicated Brawl Stars test, this description won:

BATTLE IN MULTIPLE GAME MODES
Grab a friend or play solo - be the last Brawler standing in the rowdiest battle royale yet. Winner take all!

Coming in a close second was this description:

This respondent nicely summed up the general consensus of the poll: “I like [Option] D the best because constant updates would best keep me invested. I like [Option] A next because it talks about playing solo which is appealing to me. The [other two descriptions] focus on upgrades and competition which I am less interested in.”

Back to the case study, the publisher reordered the description copy based on the poll ranking results.

What was the outcome?

After the three major changes, the game soft-launched again, this time in Vietnam. All the target install metrics were met. After a few more tweaks validated by PickFu, the game then proceeded to launch into the US.

Today, the game is another smash hit for the studio, with a 4.3-star rating in the App Store and among the leaders in its category.

How’s that for a total turnaround?

PickFu can help you, too

Never launch alone. If your game is struggling to find users, use PickFu to help pinpoint why. You can even take screenshots from your competitors’ games and test them against yours for comparative analysis.

In the planning stages of your game, use PickFu before you write a single line of code. Ensure the concept resonates with players. Make sure you’ve picked a stellar game name. Ask which color schemes and character sketches players like.

During production, use PickFu to test gameplay and UI variations. See which voiceovers, music choices, and sound effects players like. Compare video storyboards and animation.

As you get ready to go to market, get feedback on the most effective web and TV ads. Put your game trailer and other marketing assets to the test.

PickFu’s simple but powerful platform helps game creators everywhere iterate and improve on their ideas. Results are not only fast, but reliable. Our readymade panel of over 10,000+ US consumers are paid a stipend per poll with incentives for consistently helpful feedback. They’re under NDA for privacy and quality-controlled through machine learning algorithms and human curation.

Whether you’re an indie developer or a global publisher like the one discussed here, join the thousands of businesses who trust PickFu to help their products succeed. Schedule a demo or try PickFu for yourself today!

64% of hardcore and mid-core paying users generate 97% of revenue-Are you leveraging your gaming app audience?