Giving developers the guidance and security to make hits 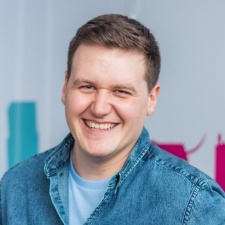 Jake Parker is a Senior Publishing Manager at Kwalee.

If there is one quality that’s needed more than any other in hypercasual game development, it is persistence.

Your game might have felt destined to be a global hit, even got some encouraging feedback, but if the Cost Per Install says otherwise it’s straight onto the next idea.

This can be a tough experience and a difficult mentality to adapt to, which we know firsthand from our in-house development team who are churning out dozens of amazing new ideas and prototypes every week, only to discard the vast majority of them.

It is also not a situation that’s remotely comparable to, or compatible with, the publishing models seen in the PC and console or midcore mobile game spaces in which developers and publishers bond themselves together for months and possibly even years to find success with a single game.

We favour long-term partnerships with the developers we work with and we do everything in our power to find success together.

Just as many of our development team find the ‘fail fast’ hypercasual approach liberating and a world apart from the triple-A environments they’ve worked in previously, it’s also been important for us to find an approach to publishing that suits this fundamentally different way of working.

If an indie developer were to pitch their PC game to a publisher, something they had already been working on for months, a rejection might well be the end of that story – for the foreseeable future, at least.

For us in hypercasual, providing there is at least some merit to the idea - a game that fails to make the grade - is just the beginning.

After all, it would be unreasonable of us to expect developers to magic up chart-topping games every time, when even with more than 600 million downloads under our belts, we still have many more failures than successes.

This is why we favour long-term partnerships with the developers we work with and we do everything in our power to find success together. Our closest relationships are long-term ones with selected developers, with whom we are constantly testing new games and working on prototypes.

Some of these developers are essentially an extension of the Kwalee team, getting all the stability of regular paid work while retaining their independence. Of course, these developers also have a much greater chance of launching hypercasual hits with us and reaping the various associated rewards.

Indeed, the games of these close partners even feature alongside our internally-developed prototypes on ‘Creative Wednesdays’, the weekly event that has become a staple of our approach here and the point of origin for so many massive hits.

Our in-house hypercasual experts are always on-hand to help our long-term partners to keep making better games and vice versa, as we know that collaboration is key and great ideas can come from anywhere.

Crucially, it’s not a closed shop either. With every developer who submits a game to us, the ideal outcome for us is to invite them to work with us in the longer term and to provide all the support we can, since we know this is our best chance to launch multiple hit games together.

And while of course we can’t offer the same level of closeness and up-front financial investment to every developer, we actively offer mentorship and guidance at every opportunity to help build towards that.

So if this sounds appealing to you, there’s no better way to kick this off than to submit your game via our website.

With hypercasual, it doesn’t even need to be a full game – 2-3 levels of core gameplay alone will do for an initial test.

If the test is successful, you’ll be assigned an experienced publishing manager to coach you through optimising your game and helping you to achieve its maximum potential.

Whether or not that first game is successful, we want to work with you closely and to let you collaborate with developers behind the likes of Makeover Studio 3D – our latest success story that was recently a top-3 game in the USA, UK and Canada – until we publish a hit together, before hopefully extending our relationship further to build on that success

Because while we know from our own experience that failing fast is the best way to find success in hypercasual, we also understand that as an indie developer, it’s daunting to take on this approach without proper support.

Submit your game here to kick things off.

Or email us on publishing@kwalee.com to see how we can work towards a long-term relationship that makes sense for you and your team.

Jake Parker is a Senior Publishing Manager at Kwalee, meaning that he's responsible for sourcing the best hyper-casual games and working with their developers to produce global hits.

As part of Kwalee's fast-growing publishing team, Jake has played a major role in the launching of hits including Sharpshooter Blitz, Rocket Sky! and Clean Up 3D, with many more in the pipeline.

Those interested in working with Jake and his team should head over to the Kwalee publishing page.