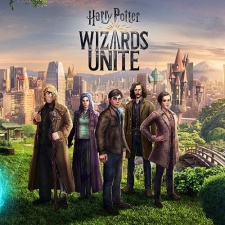 Updated: This article considered the game's failure, which has now been confirmed as it's shutting down on January 31st, 2021.

A decade ago, with the movie release of Harry Potter and the Deathly Hallows: Part 2, the IP was at the peak of its power.

Estimated to be worth $25 billion, the assumption was it would continue an upward trajectory, moving into other mediums and spinoffs films, such as Fantastic Beasts and Where to Find Them.

Of course, there had been plenty of successful games but nothing of note on mobile.

Then it happened. Warner Bros. went for the big guns.

In November 2017, it was announced that developer Niantic would take on the IP as its next big follow up to the smash hit that was (and still is) Pokémon GO.

Surely a match made in mobile heaven. Being able to explore the Wizarding World, brew potions and cast spells is exactly what every young muggle dreams of.

But 18 months on, the location-based title began rolling out, and immediately you could see the issues.

As someone that reviewed Wizards Unite, I was enthralled by the idea initially, but it became very clear that this was more of a Pokémon GO clone than a true Harry Potter experience.

That seems to have been the problem from day one, with nothing changing now nearly two years on.

Living in the shadow of Niantic's catch 'em all phenomenon, Wizards Unite focused on bringing Pokémon GO players across, instead of making a case as to why "Potterheads" should jump in. That was its first mistake.

During the conclusion of my review, I stated that "for the game to really shine more needs to be done than duplicating features from its successful older brother," and that "the enchanting community of Wizards Unite is fictitious."

Two damming issues have persisted. Without a strong community behind it, there was no one to tell others to get involved.

It's incredible just how big of a swing and miss this sequel has been.

Everyone remembers those first few months with Pokémon GO. The sun was high in the sky, no lockdown in sight and every street corner was bustling with trainers looking to take down gyms, or go in search of a wild Charizard.

Now was the reason for this the Harry Potter license? Unlikely, as this was before J.K. Rowling became controversial.

Was it saturation? Not really. The Fantastic Beasts franchise had just kicked off, generating a large sum of money and wasn't seen as the train wreck many consider it today.

Was it the platform? Again, history says otherwise.

While critics were mixed on the RPG, fans reception seemed much more positive, which capped off its first year with $110 million in spending. A respectable number - one that has continued to grow, surpassing $300 million only last week.

Wizards Unite, on the other hand, has scrapped its way to $37 million from 20 million downloads (via Sensor Tower) since June 2019.

To put that in more perspective: Pokémon GO has made $1 billion in revenue… in 2020 alone. Zynga's Harry Potter: Puzzles & Spells surpassed $62 million recently too, and that was only released in September 2020.

Outside of Pokémon GO, location-based games have failed to set the world alight.

It's incredible just how big of a swing and miss this sequel has been.

Something that the upcoming triple-A action RPG Hogwarts Legacy will be wary of, yet is expected to still prosper. So the harsh reality is this looks to be down to chosen genre.

Outside of Pokémon GO, location-based games have failed to set the world alight.

Jurassic World Alive from Ludia is the only other one that springs to mind with a semi-decent revenue stream ($40 million in nine months). The behemoth that is Minecraft wasn't even enough, now set to shut down in June. Good luck to The Witcher: Monster Slayer.

The ongoing global pandemic is another factor but while the majority of industries have struggled to survive, video games have thrived. Games have adapted to the conditions and as Pokémon GO proved, many achieved their best years to date.

It's still a common occurrence to see high marketing for the worldwide catch 'em all, yet Wizards Unite flounders in the abyss.

The reality is that it's already too late.

At first, there were trailers put in cinemas, billboards and posters scattered everywhere, and an energetic social media campaign about recruiting wizards, all amounting to nothing.

The reality is that it's already too late.

With how contracts work, Warner Bros. inevitably will be waiting for a term to expire before they pull the plug and Avada Kedavra Wizards Unite forever.

It's a real shame, as there is so much potential for a sprawling, adventure-filled, exciting, magical, memorable experience with Harry Potter. This isn't it though.