Alexandre Salem, Global Director of Gaming Partnerships at Huawei, explores the reality behind the metaverse hype – and what game creators need to know 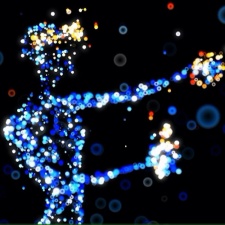 Unless you’ve been living under a rock for the past two months, it’s unlikely you’ve missed the excitement about the metaverse.

VC fund Andreessen Horowitz defined it as “a persistent, infinitely-scaling virtual space with its own economy and identity system”. It truly has the potential to determine a new era for tech after the desktop and the internet.
For a long time, the very idea of a ‘metaverse’ sounded like a science fiction concept – look at sci-fi works like Ready Player One and Snow Crash, the latter of which actually coined the phrase.

Yet now, we’re starting to see numerous proto-metaverse models and a staggering amount of investment from big-tech, VC funds and start-ups. Amazon, Microsoft, Apple – and most famously, Facebook – are just a few of the big names which have signalled their intent, with Facebook going as far as changing its name to reflect the change of paradigm.

It’s clear the metaverse is going to be far-reaching across all industries, but what can we expect to see in gaming?

The impact of the metaverse will be felt not just across a small number of games, but across every game.

The impact of the metaverse will be felt not just across a small number of games, but across every game. In a metaverse gaming environment, people will have the opportunity to engage as never before. In fact, the metaverse of the future will probably feel like you’re inside the biggest digital game ever made.

In addition to making gaming more immersive through AR and VR, the metaverse should also result in better engagement, virality, and monetisation for games. The integration of eCommerce, NFTs, and other collectables will mean that people will be able to interact with and support their favourite players in new ways.

We’ll also see a rise in the number of immersive play-to-earn games. Playermon is just one game that’s providing people with an opportunity to participate in the metaverse and earn third-party revenue. This game style allows players to exchange their winnings in the game for real money as part of a more intricate in-game economy. The game does so by providing their tokens, SGEM, which can be earned through the completion of quests.

Ji Sheng Tan, the CEO and co-founder of Playermon, said of the design: “The play-to-earn model of gaming will bridge the gap between players looking to earn extra income and those interested in playing the game… the model itself will disrupt the system of the gaming industry and create a new breakthrough where gamers can become crypto investors.”

This is a super interesting concept, and alongside what the metaverse will mean for play-to-earn games, I’m interested to see where gaming and crypto will converge in the future.

The rise of NFTs

As mentioned above, a key component of the metaverse economy will be NFTs. This will allow players to legally reap the benefits from their participation in the success of a game, while in the past, even the most dedicated players were not rewarded with their contribution.

When announcing Meta’s (previously Facebook’s) plans for its metaverse last month, CEO Mark Zuckerberg said that the digital avatars people will use in this virtual space will be NFTs.

Smaller companies such as Decentraland also use NFTs within its metaverse. Decentraland, a virtual world powered by cryptocurrencies and NFTs, enables players to earn the MANA token for spending time there, with LAND being the NFT asset. Users buy and sell digital real estate in the game, and there are already users in South Korea who are making long-term plans for the real estate they own in the game.

The Sandbox is another example that’s been making progress, launching their metaverse Alpha last month. This virtual gaming world rewards gamers for spending their time and creativity in-game, enabling them to monetise time spent in the metaverse. With the platform forging partnerships with countless IPs, players have the freedom to create, sell, and own NFTs. It'll be really interesting to see how this trend shapes up as the metaverse gains momentum.

This virtual gaming world rewards gamers for spending their time and creativity in-game, enabling them to monetise time spent in the metaverse

Big Tech is piling huge amounts of cash and resources into the metaverse in a bid to ‘win the metaverse’. Facebook for example plans to spend at least $10 billion on its metaverse division this year, while Microsoft has also taken steps to bring the metaverse to office life. It’s clear that Big Tech is taking this seriously.

Yet, while Big Tech may have popularised the term, it’s not just the larger companies that are making waves. In fact, some smaller companies have been working on their own versions of the metaverse for some time now.

The Icelandic VR software start-up Aldin Dynamics, for example, is building a virtual world based on the game, Waltz of the Wizards. Aldin wants to provide a place where your imagination can come to life. With the concept still taking off, there’s every chance that the next innovative move could come from a smaller player.

Beyond awareness and engagement, gaming is a massively profitable industry, and games offer serious potential as sales channels. If we look at some of the bigger games such as Fortnite, Minecraft, and Animal Crossing, they all have huge user bases that brands would kill to tap into.

Following the rise of Animal Crossing in 2020 for example, brands like Valentino and Marc Jacobs started to contribute looks for the game’s 30 million players, which could be downloaded and used to dress up characters. Brands from H&M to Glossier have also appeared on the platform.

We’ve again seen this with Fortnite’s recent collaboration with Nike, where it offered digital shoes through the game ahead of the physical launch.

China, India, and other markets are also home to surging populations of HENRY (high earning, not rich yet) individuals, where young people spend a large amount of time in the gaming world. Brands recognise this. It’s therefore likely that, as the metaverse expands, we’ll see brands looking to partner with more gaming companies to sell products in these markets and to work on co-created content to reach new audiences.

in a post-Covid world, will players still want to spend so much time virtually?

What does the post-pandemic world hold?

Since COVID, we’ve been hit by quarantines, lockdowns, and numerous restrictions on in-person socialising, all leading to people spending more time in virtual worlds. We’ve even seen some weddings relocated to Animal Crossing.

However, while the conditions of the pandemic may have initially encouraged the development of the metaverse concept, in a post-Covid world, will players still want to spend so much time virtually? Since restrictions have started to lift, we’ve seen a resurgence in things like shopping on the high street, eating out, and generally socialising in-person, rather than through a screen. ‘Zoom fatigue’ is a real thing.

It’ll be interesting to see how this plays out in the coming months, and the impact it has on the development of the metaverse. One thing is for sure, however, as the next frontier of online interaction, the metaverse is closer than many of us might think!