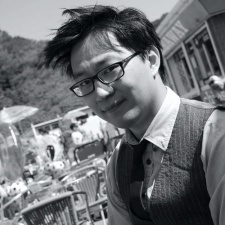 It’s only 10 days into the new year, and we have seen the biggest acquisition in video games industry history. Take-Two has announced the acquisition of mobile goliath Zynga at $12.7 billion, eclipsing the previous largest acquisition of Finnish mobile games developer Supercell by Tencent in 2016.

Take-Two has stated its intentions to bring its existing core franchises to mobile "relatively soon" in an investor call conducted shortly after the acquisition was announced, stating: "[Zynga’s] best-in-class free-to-play mobile publishing operations can bring that to consumers, delight those customers and create recurrent consumer spending along the way."

Nor does this suggest a winding-down of acquisitions for Take-Two, which stated in the same call "that is still something that will be of interest to us”.

In this regard, the acquisition makes perfect sense. Take-Two’s mobile offerings pale in comparison to its core franchises including Grand Theft Auto, Red Dead Redemption, NBA 2k, Bioshock, and Borderlands – each of which hold little sway in the mobile environment, with mixed reception to Take-Two’s previous attempts at translating its most popular titles to mobile. Zynga is perhaps the clearest path to resolving this, and has subsequently launched Take-Two’s fiscal net bookings from 12 per cent in fiscal 2022 to 50 per cent in 2023.

While Zynga’s core brands, including Farmville, Words With Friends, and Merge Dragons!, have not defined the company as a mid-core specialist, it is undoubtedly expert in the social hooks that have come to define mobile gaming at large. Opportunities we can expect Take-Two and Zynga to make the most of include cross-marketing through an extravagantly large customer database, greater data analytics, and more commitment to free-to-play, cross-platform, and live service titles.

But here’s something to consider: Take-Two has spent significantly more on the acquisition of Zynga than Disney did on both Lucasfilm ($4.05 billion) and Marvel ($4.24 billion). Not unexpected, the video games industry is vocal about its proportionate size compared to the film, sport, and music industries.

But while the vagaries of Hollywood accounting make definitive statements unnecessarily hazardous, Disney successfully made a profit within six years of Lucasfilm and, frankly, Marvel’s estimated $53 billion value, let alone its cinematic ubiquity, speak for itself. Meanwhile, Take-Two is expecting to deliver "a 14 per cent compound annual growth rate for net bookings (excluding the annual net bookings opportunities and any future acquisitions) over the three-year period from Take-Two’s fiscal years 2021 through 2024".

Cautious language aside, this is a frankly meteoric development and PocketGamer.biz cannot see this being the last of the Great Acquisitions; anyone fancy a helping of Roblox?

If Zynga is worth a 64% premium, you have to ponder whether Roblox is severely undervalued right now $TTWO $ZNGA $RBLX pic.twitter.com/0A4Xi0xi58