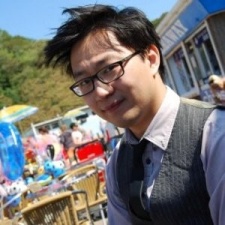 You’ll notice we’ve not run a news story about PlayStation’s acquisition of famed Halo and Destiny developer Bungie for the very respectable $3.6 billion, as opposed to the seismic amassment of Zynga and Activision Blizzard by Take-Two and Microsoft, respectively.

That’s because the mobile landscape seems far removed from the decision-making behind the acquisition, PlayStation’s priorities, and Bungie’s experience. While Sony is seemingly cognisant of the value of mobile games, continuing to release several mobile phones designed for gaming – I am old enough to remember the Xperia Play – PlayStation itself hasn’t seemed interested in asserting itself in the largest environment in the games industry.

Zynga brings FarmVille, Zynga Poker, and Words with Friends to the Take-Two stable. Activision Blizzard comes with an embarrassing suite of gaming’s most prestigious IP to Microsoft's doors, not least King’s Candy Crush and Bubble Witch.

Bungie, despite its decades in the games industry, remains defined by two franchises; one Bungie has walked away from, and another that has taken many years to find its footing. Core to the acquisition is how Bungie will "remain independent and multiplatform", prompting more than a handful of voices to ask, what exactly is PlayStation getting?

But, much like Take-Two and Microsoft, this deal isn’t about bringing IP to the table but fulfilling absent expertise from PlayStation studios including Guerilla, Sucker Punch, and Santa Monica: specifically, Bungie’s extensive live service capabilities.

Jim Ryan, president and CEO of PlayStation, explicitly stated: "Bungie’s successful track record in multi-format publishing and live game services will assist us in realising our ambitions to take PlayStation beyond the console and increase our potential audience [...] This is a strategic step towards continuing to evolve the gaming experiences that we build. Bungie’s expertise in delivering a world-class service approach and long-term community engagement is extremely compelling and will support the development of several future live services titles from PlayStation Studios."

I’ll be honest, I remain concerned about consolidation. The global games industry is perpetually disrupting and innovating within itself – I think that’s something people like about the games industry. But it inevitably fuels an environment of uncertainty, shifting priorities, and more than a few losses.

Consolidation may bring with it a standardisation that has allowed elder industries a degree of security and process that might reduce unmanagable burnout and the sizeable death toll of indies and mid-tier studios. It also hyper-focuses authority and risks homogenising the experiences we can get from gaming and the support structure for developers.

That’s pure speculation. But what else do we have nowadays besides supposition and brevity. Besides, I’m safer here than in the Steel Media football chat.