User acquisition and retention are skills that every game creator needs to know. Remerge's Director of Account Management provides insight into the crucial first few days 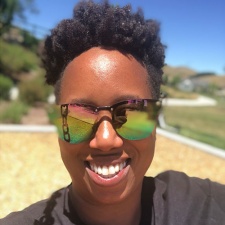 Remerge’s Director of Account Management in the US, Toya Brown-Riberdy, argues that in the increasingly competitive app market, waiting a full week before retargeting new players could damage developers' chances of building loyalty.

We’re seeing that the most sophisticated mobile gaming companies in the industry are realising the true value of retargeting their lapsed users. As a result, they are adding more budget and segmentation layers to their marketing plans.

Successful gaming apps have carved out a competitive edge by understanding the nuances of running user acquisition (UA) and re-engagement campaigns. These practices complement each other by communicating with users at different stages of the marketing funnel and many businesses have developed strategies to split user groups and target customers with personalised ads that deliver results. But in spite of this, we continue to see a gap in their retargeting approach.

The benefits of targeting a recently installed user with the right message can pay dividends in the long run - so why do so many gaming apps continue to hold back until the magic “day seven”? What can they do to effectively communicate with their users before the first week is over?

why do so many gaming apps continue to hold back until the magic “day seven”?

Waiting seven days before retargeting a new user is a carryover from UA campaigns, with marketers believing that these users will organically convert during the first week after installation. While this may have been true in the early days of mobile advertising, the overall depth and possibilities of the app market have grown over the last five or so years.

The overwhelming level of competition means that waiting seven days to re-engage a new user can be costly – that’s enough time for audiences to get distracted, find new interests, or explore other apps.

It’s becoming even more expensive to obtain users so once marketers spend money on acquiring new audiences, it’s important that they retain them. When Looking at Cost Per Install (CPI) numbers from 2020 to 2021 for casual gaming apps, one of the most popular genres in the space, the average CPI was $1.96, an increase of 45 per cent when compared to 2019 to 2020.

There’s also the assumption that retargeting campaigns before day seven are pointless as fresh installers are highly unlikely to convert before then. This is not the case based on our experiences working with gaming clients at Remerge. For apps with the highest Average Revenue Per User (ARPU) figures, we’ve seen that it typically takes an average of seven days to convert a user, with a considerable chunk of users converting on days three - four.

Working with lengthy inactivity windows means marketers may be missing out on the option to retarget more users with high intent and spending potential.

We tend to see a significant drop in user retention between days three - four for certain sub-categories such as role-playing games, with some of these apps losing almost half of their newly acquired users by day four. This is a considerable chunk of once-interested players who could now be enjoying and spending money in, a competitor’s game. Marketers must remind a user why they downloaded an app in the first place. From there, they can target the user with messaging that will retain the conversion and push them further down the funnel towards becoming a loyal and paying customer.

Our gaming clients have seen some of their best results when implementing early retention strategies that aim to convert users from as early as one - two days lapsed. These campaigns focus on areas like running creatives and messaging for special features, offering bonus rewards, and promoting login streaks. Building a connection with your user base from the moment of install will help establish future engagement and in-app revenue.

Working with lengthy inactivity windows means marketers may be missing out on the option to retarget more users with high intent and spending potential. With major drop-off rates often coming at days three - four, marketers who put off retargeting until day seven could find themselves with a reduced segment size of active, valuable players.

At Remerge, over 80 per cent of our gaming clients set inactivity windows to less than seven days, with around 10 per cent setting their inactivity window at zero days. It’s worth reducing inactivity windows and investing heavily in micro-segments, such as paying users before day seven. We encourage our clients to win those users and retain them before their heads are turned by another game. The chances are, similar apps know the value of this audience and will bid aggressively to take advantage of competitors that did not retarget them sooner.

To avoid UA cannibalisation or touching organic users, we have also worked with gaming apps to exclude users who have installed the app within the last seven days, but retarget those who have shown activity before day seven. We’ve found that excluding recent installers does not significantly decrease audience sizes and still allows marketers to target users they know are playing the game.

Segment by early and recent installers

As well as looking at inactivity windows, marketers should consider creating segments of early installers covering day zero and days one - three. For this audience, tactics such as a daily rewards login will help gaming apps build stronger, long-term reactivation strategies and engage users.

We would also recommend a segment of recent installers for days three - seven. Time-sensitive promotions work particularly well for these users and by offering a mid-tier reward, marketers are more likely to convert users into paying customers.

Good things don’t always come to those who wait

Every gaming app is different and finding exactly the right drop-off point will vary. But with thousands of games available every month, early engagement is crucial to fending off competition and building loyalty – by day 7, this opportunity may already be gone.

64% of hardcore and mid-core paying users generate 97% of revenue-Are you leveraging your gaming app audience?

Applift rebrands to focus on UA and retargeting