The Spaniards have contributed $2.3 billion to the gaming industry's revenue in 2022, with a reported 48% of players spending money on games this year 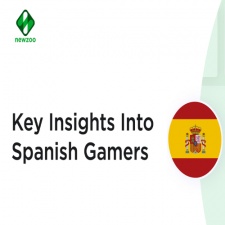 Research and analytics firm Newzoo's recent report on the Spanish gaming market reveals four in every five Spaniards are game enthusiasts, and nearly half of the online population spends money on games.

Spain currently sits at 23rd place in the world for most active video game players, with 83 per cent of the country - 31.7 million people - being gamers. The nation has contributed $2.3 billion to the gaming industry's revenue in 2022, with a reported 48 per cent of players spending money on games this year.

The report shows that people who play and watch video games are more common than people who solely play or view video games, demonstrating just how popular the viewing side of video games is in this market.

Unsurprisingly, a fifth of the Spanish online population aged 10-65 watches esports, with 7 per cent doing so on a monthly basis.

Although PC and consoles claimed the most hours in the past six months, mobile games were the most popular. Mobile games acquired a 60 per cent share of players in Spain so far this year, with players playing up to three hours of game time each week.

Newzoo's report also revealed Fall Guys, Fortnite, FIFA 22, Grand Theft Auto V, and Minecraft made it into the top 10 PC and console games in Spain, according to the titles' monthly active users (MAU).

However, Spain is not the only nation full of gamers. Newzoo reported three-quarters of South Koreans are gamers, with 59 per cent of players playing games on their phones.

This shows that mobile gaming is barely playing catch up anymore. The research and analytics company reported the mobile games market will generate $103.5 billion this year, making up more than half of all games revenue and market share.

Earlier this month, the firm illustrated that IP holders often choose mobile as their go-to platform for bringing beloved franchises to gaming.

Newzoo: Over 46 per cent of all “gaming enthusiasts” are women