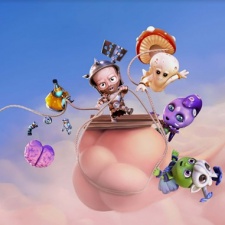 Finland-based Return Entertainment has announced the raising of €5.3 million ($6 million) in a funding round led by Bitkraft Ventures.

Sisu Game Ventures, Vgames, 1Up Fund, and Smok Ventures also participated in the funding round.

The company’s intention following the funding is to develop games appealing to casual and mid-core audiences, with games of console quality and impressive visuals that are both easy to join and playable across devices.

"Cloud-native gaming is basically gaming on steroids; you have the same devices that gamers already play on, but suddenly the experiences are more accessible, shareable and rich in visuals and simulations," said Sartanen.

"With the right combination of technology and game design, we can come up with incredible new types of games that were not previously possible, including games with more detailed worlds and physics, meaningful games that can be joined in an instant."

Currently, Return Entertainment is making two initial games that will use the cloud to make games cross-playable between mobile, tablet and PC browsers.

PortalOne recently revealed that it has raised $60 million following its oversubscribed Series A funding round, which was led by Tiger Global.

PGC Digital: Garena's valuation has grown by 23 times in six years, according to Bitkfraft Ventures