Reflecting on the success of Star Trek:Timelines 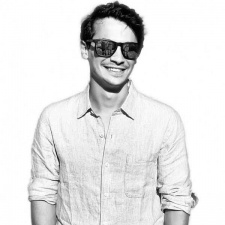 Star Trek:Timelines is a cross-platform role playing strategy game developed by Wicked Realm Games for Tilting Point (one of our Top 50 Mobile Game Makersof 2022) based on the ever-popular franchise created by Gene Roddenberry back in 1966. It's not the only title out there based in The Federation, but it is arguably the most deeply enshrined in the essence of Star Trek.

Ben Tsacoyianis is a Product Manager at Wicked Realm Games and Tilting Point. PocketGamer talked to him about the huge popularity of Star Trek:Timelines and how it has managed to successfully attract both stalwart Trekkies and those gamers previously uninitiated into The Star Trek Universe.

PocketGamer.biz: Can you tell us a little about how you are approaching the facilitation of hardcore Star Trek fans and gamers who might not be familiar with the franchise into one community?

One of the wonderful aspects of working with a franchise like Star Trek is that it is highly inclusive and attracts a very diverse audience of fans of all ages and backgrounds, some who have been following the franchise for 50+ years and others who may have discovered Star Trek more recently through newer series like Star Trek: Strange New Worlds or Star Trek: Lower Decks. Just like the series, we attract a variety of players with diverse experience of the franchise. One of the ways that we delight, retain, and engage this diverse audience is through providing them an experience which is authentic to the Star Trek brand - everything in the game, from the art to writing, is incredibly authentic to the franchise. This authenticity is very important for Star Trek. The game also allows you to interact with characters from the entire history of the series and we’ve heard from many of our players that they’ve become interested in and begun watching older series due to playing our game.

Do you think it’s a fair statement to say that it helps to have a prior knowledge of the characters to play the game effectively? Or would you say that, given the player is given all of the information they need in order to progress, perhaps familiarity is only an issue in terms of the initial draw and early retention?

Timelines offers players a unique way to experience the Star Trek Franchise. Players are interacting with characters and storylines from the entire 50+ year history of Star Trek. Being a fan of the franchise can certainly be an advantage as the player will come into Timelines knowing which crew to target for collection based on their knowledge of the series - but the game is designed to be accessible and fun to all players regardless of their past knowledge of the franchise. Our hope is that players who are fans of Star Trek will continue playing as a result of the authenticity of the game and the ability it gives them to experience exciting new Star Trek storylines and interact with their favourite characters in a new, fun and unique way. We also hope that players who come into the game with little or no knowledge of the franchise get an fun experience that encourages them to explore and discover the greater Star Trek Universe.

Are you able to give us a brief rundown of the game’s figures for user acquisition and retention?

Stats: Star Trek Timelines has been on the market now for over 6 years and has generated millions of installs. We have some players who have been with the game since the beginning and many who have been playing for years. Our live service feature roadmap is designed to target both our elder and new players with features that enhance the long-term player experience and regular giveaways and offers that help players new to the game progress faster. One of the great things about Star Trek is that it is a franchise that continues to expand with new series - which gives us the opportunity to reach new audiences, and in the past months we have added content from Star Trek: Strange New Worlds and Star Trek: Lower Decks to the game allowing us to better serve these newer fans.