Adding Android to its Facebook, web and iOS armoury 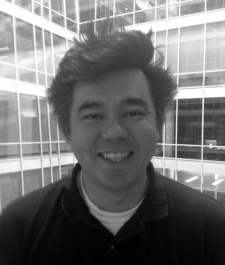 August 23rd, 2012 - 08:49pm
By Jon Jordan, Contributing Editor
There are two key trends in social games; moving away from Facebook, and making games for the core audience.

Kabam sits astride both.

But, while president of game studios Andrew Sheppard is unshakable in his commitment to core gamers, he takes a broader view about the Facebook exodus.

"What's happened is that Facebook used to account for 100 percent of our revenue, but as we're moved to mobile, Kabam.com and Google+, that's down to 30 percent."

And he's not taking about small numbers. The privately-owned Kabam revealed it generated more than $100 million in 2011.

That was back in its Facebook era, however. Sheppard is now fully focused on ensuring the company's releases span platforms.

"Cross-platform is the way to go," he enthuses.

Kingdoms of Camelot: Battle for the North was its first iOS release, while new release Arcane Empires is now available globally on iOS and Android. It's Kabam's first game for Google's mobile OS.

"Android is now at a scale we're very excited about. Some companies think the change has happened but we think the mobile transformation is just beginning," Sheppard says.

"Over the next couple of years, expectations about mobile and tablet gaming will be shattered."

Yet Kabam has always been cautious in terms of how it approaches new opportunities.

"When we focus on something, we take it in small steps," he explains.

That's to ensure it's building a business based on quality.

"People didn't believe we could make the sort of games we launched on Facebook," Sheppard says. "Everyone else was making games for midwest moms. We were building deep, rich MMOGs."

Of course, the reason for the focus on core gamers is this audience is much more committed in terms of engagement, retention and monetisation; the three key indicators for any social-mobile publisher.

It's something Kabam has seen in action with Kingdoms of Camelot: Battle for the North, which has remained in the top 5 of the US App Store top grossing charts since its March 2012 release.

"With Camelot, we pushed simplicity and polish in a way that can't be done on the web," Sheppard explains.

The game was based on Kabam's Facebook and web Camelot game, although it's a standalone product in the same universe.

Developed by its Chinese studio, the addition of Android into the product mix demonstrates the company's incremental approach.

"We first released for Facebook, and then iOS, and now Android, " Sheppard explains.

"It really important to provide a high quality service, especially in terms of Android and the devices we're supporting. We've also launched globally with support for French, German, Spanish, Italian and Portuguese languages. With Arcane Empires, we're looking to build a franchise that's as big as Camelot."

Arcane Empires is only the first of many new launches for Kabam, however.

With 500 staff, of which 300 are in development - located in China, San Francisco and Austin - it has over 12 games in various stage of development. There will likely be another four launches before 2012 ends.

"We're always pushing ourselves to be better," Sheppard says.

Significantly, though, while other companies highlight their financial success, he says Kabam takes a more longterm view.

"We're more committed to the process of success than the results of success," he comments