We're a mobile-first company, but Facebook is still half our revenue says Wooga CEO

Making the most of platforms' synergies 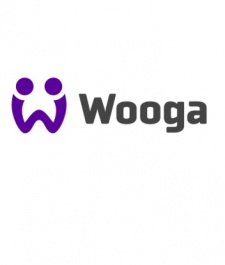 As part of an ongoing series, SponsorPay - together with PocketGamer.biz - is running an interview series about market trends and future opportunities with C-level executives from key game developers and publishers.

This week we're talking to Jens Begemann, the CEO and founder of Wooga.

Begemann is enthusiastic about people, play and technology. Guiding a team of talented people to develop quality games of a social nature fulfills one of his lifelong ambitions.

Before creating Wooga, he was chief product officer and member of the management board at Jamba (Jamster), where he aided the company in becoming a world leader in mobile entertainment products.

How does being both a developer and publisher affect Wooga's business model and approach?

Jens Begemann: Our approach is about utilizing our experience and the established teams we have.

I think being a developer helps us to be a better publisher because we can speak from a great deal of experience. We treat an external game like an internal one, so the main challenge is finding developers and games that mirror our approach on developing high quality titles.

With a userbase of over 50 million players a month and recent games like Jelly Splash reaching the number 1 spot on the App Store in the United States, we have the ability and resources to make games a big success.

How was the process of diversifying Wooga's revenue channels beyond Facebook? What prompted that decision?

Back in 2011, mobile was gaining a lot of traction. We decided that we would bring Diamond Dash to the iPhone and iPad and see how the market reacted. Facebook has always - and still is - growing so it was really about seeing what we could get out of this emerging platform.

The game ended up being a huge success and has had a huge effect on Wooga ever since in terms of organization. Weve been a mobile-first company for a while now.

What elements have you had to change in developing for mobile?

They key change was actually more of a mindset change. For decades game design went hand-in-hand with the keyboard and mouse and game controllers and now weve had to reset our minds and design games with touch as the key input. Thats quite a challenge as you have to forget about so many things that have been tried and tested.

Weve made a lot of changes over the past two years to become a mobile-first company, from giving every employee their choice of smartphone or tablet to designing our own in-house tools to work well on mobile. This also means that the extent to which anyone can have an impact on the game has increased. Its a very open and creative process.

What role do you see for online gaming platforms like Facebook and Yahoo now that mobile gaming is so rapidly on the rise?

Facebook is still growing as a platform and accounts for half of our revenue. We have also seen tremendous success with cross-platform games: Diamond Dash, Pearl's Peril and Jelly Splash work across Facebook, iOS and Android and all progress is fully synchronized.

Players love to play their games on different devices and it increases the critical mass for these social games because it's more likely that players friends are also playing.

We have people from 42 nations working at Wooga and this helps immensely. Localisation has always been hugely important for us, and each game is specifically tailored to each market.

Text is just one component though. Having someone advise the teams on quirks and trends you could never know without having a native is key.

Since launching in April 2010, Monster World has been installed by over 65 million players. The game still pulls in over 1.7 million daily active users. What strategies does Wooga employ to retain such a dedicated user base?

Weve always said getting the game to launch is the first 20 percent or so of development, and iterating after launch is key. New content, new features and fine tuning that original experience to achieve a better overall experience results in players coming back day-to-day, month-to-month.

Monster World has such memorable characters that people develop an emotional connection with the game, and were very proud to have such a loyal fanbase.

You recently announced that Wooga will start publishing the games of smaller developers. Can you tell us what prompted this move?

We got to the point where we had enough experience in the mobile industry to support and advise external developers. That was key. Weve also accumulated a lot of technical knowledge and we realized we could utilize this in new ways without impacting our internal operations.

And again, knowing that you have the ability and resources to fuel the growth of a game and make it a massive success is hugely important. Not everyone can do that.

What are your thoughts on current monetization trends?

The key thing for us is that our games remain fun without ever spending a cent. That has always been the key. If you want to expand your experience, or not have to wait, thats where the in-app purchases comes in.

What do you hope to see more of from the advertising and monetization sides of the industry?

Video advertising is certainly very interesting. It will be interesting to see how that develops.