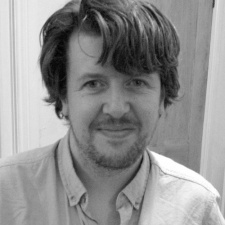 No flash in the pan

Matthew Annal has run UK indie games studio Nitrome for over 10 years growing from a team of just two to a studio that supports several concurrent projects at any time.

Nitrome initially had success in the browser games space producing over 130 ad-supported free-to-play games before expanding into mobile.

Nitrome's first mobile game Icebreaker: A Viking Voyage was the #1 paid iOS game at launch, won Pocket Gamers Game Of the Year award and has gone on to have over 2 million downloads.

Matthew Annal: Nitrome is heavily inspired by 16-bit games and the UK games industry was at a high during that era.

Worms and Micro Machines took up a huge part of my childhood, and teams like Psygnosis, Codemasters and Team 17 - all from the UK - produced a bulk of the games I used to play.

User acquisition is really only for the big players. It's a bidding war so unless you can afford to spend a long time trialing users to get conversion high enough your never going to be able to afford to pay in.

If you want to compete at that level you really need to align with a big publisher or have a lot of luck. Unfortunately that does mean that it is increasingly hard for developers without those resources to complete but it's not impossible.

It is increasingly hard for developers without resources to complete but it's not impossible.

We are constantly shown examples of smaller studios and indies that try something a little different and with a feature some press coverage and a little luck manage to carve out a business for themselves.

We're told to translate everything and make our games culturally relevant to core markets but all that costs money that most developers don't have.

Personally I'm not sure I think there's such an issue. Maybe your game won't do so well in some markets but that's really a problem for people who already have a hit game. At that point it should be easier to address this.

Make something that stands out. That's always been the best way to get some free coverage and featuring on the stores.

Also try to be realistic with your budget on what you can hope to recoup.

I don't think so. I believe they will have an audience particularly VR but can never take off in the same way as mobile did. Everyone needs a mobile and is typically on a contract. Those factors drive people to keep getting new devices.

Any device that is not needed for everyday life will be bought in smaller numbers and new versions bought less frequently which is why tablets aren't as big as mobile. Also technology that requires other technology to run will already be further limited. The potential audience is capped to those with the required device.

Having said that personally I'm super interested in VR so maybe I'm wrong and being radically new feeling will be enough to overcome those issues.

Networking. It's always fun to meet and chat with other like-minded people. It can often lead to new business opportunities too.

I predict mobile domination from a small indie London-based studio starting with N :)