2015 in Review: Shared2You CEO Brett Bauer on the rising value of data for competitive analysis 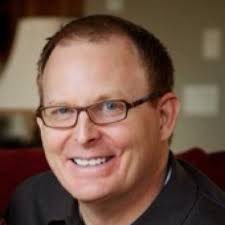 Brett Bauer: Significant because it was surprising, was Activision's acquisition of King for $5.9 billion.

The focus of the business didn't change per se, what changed was the depth of our understanding regarding the uniqueness of our mobile data, which includes the ability to apply the same data set in multiple ways across an organization to accomplish specific outcomes.

The realization came from sharing the same data sets with many people and noticing that each individual had a specific interpretation based on their role and understanding that each person was right.

That allowed us to re-focus our efforts on delivering data that could not be obtained anywhere else, deep competitive intelligence, growth rates based on retention and the introduction of a set of indices to measure the performance of one app against another.

We plan to explain how the entire mobile space could capture a great deal more. More revenue, more users...

Since late October I've begun to notice an increased awareness around mobile specific data and how to unlock the value for app developers and other interested parties.

There is actually a large rotation of games that I play, depending on my mood, so I think I'll answer the question by mentioning a recent find.

Why? when my son was younger, there were certain restaurants that had the arcade version of the Game. My son and I could go through rolls of quarters playing the game. So for nostalgic reasons I love it. I also met some of the team. However, I meet lots of developers and I do not download all the apps just to say I played it.

What will you be talking about at Pocket Gamer Connects London 2016 and why should people come to hear you?

The best answer is that you'll have to stop by and hear!

But seriously, we are planning an interactive session where we intend to show developers how to unlock the value that can be created in mobile, but that the industry as a whole seems to be struggling with.

We plan to reveal the secret reason why the mobile industry is failing to movie forward as fast as it can, discuss what's holding it back and explain how the entire mobile space could capture a great deal more. More revenue, more users…

Aside from your talk, what else are you most looking forward to at Pocket Gamer Connects London 2016?

The same thing I always do. Reconnecting with people I've had the opportunity to meet, making new friends and continuing to learn from everyone I come into contact and to do my best to be a resource for information.