Dan Sherman talks tilting the balance back in indies' favour 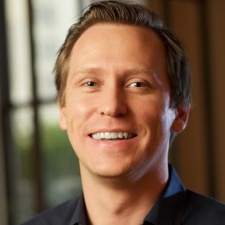 The thinking behind Game Alliance, Tilting Point explained at the time, is to help indie developers compete in a world increasingly dominated by well-funded companies running costly UA campaigns.

For Tilting Point, a company that has always set out to help independent studios find a foothold in the mobile games market, it is the logical response to the current climate.

What then is the future for independent mobile game development and what part can Tilting Point and Game Alliance play in it? To find out, PocketGamer.biz reached out to President Dan Sherman.

PocketGamer.biz: How would you sum up the Game Alliance concept?

We’ve started with $12 million, but it’s a rolling fund so the more scalable games we have participating, the larger the fund can become.

Why did you feel that there needed to be an alternative from mobile publishing as it currently stands?

Different developers have different strengths and different needs. They need more options than what’s out there now, especially since most funding options come with demands for their IP or equity in their company.

Why not break down the things that really matter to developers and make them available to pick and choose?

In this industry, the word "publishing" is used so differently by so many different companies that, in our view, it has lost its meaning.

So why not break down the things that really matter to developers and make them available for developers to pick and choose depending on their needs?

It was clear to us that one thing that was missing was funding purely for UA. So we launched Game Alliance to fill that need.

Do you advocate indie developers maintaining their own autonomy and IP, where possible? Do you feel that's becoming increasingly difficult in today's mobile market?

Yes and yes. As an entrepreneur, I have a strong appreciation for what motivates teams to go out on their own, start a company and build something.

It’s riskier than working for one of the big game companies, but there’s much more upside. There’s nothing more rewarding than achieving that autonomously.

Same goes for IP - there is pride in ownership that comes with that. It makes a big difference to creative teams who work extremely hard to make something great when it’s their baby.

It’s just not the same when it’s a work-for-hire situation.

That said, the mobile game marketplace is fiercely competitive. There were only 10 new entrants in the top 100 grossing list for 2016 and that number is trending lower.

Especially when you consider that some of those new entrants are multi-billion-dollar companies, it becomes clear that going it alone is a dangerous game.

Many developers find that out the hard way and lose everything.

We’re trying to foster an ecosystem where developers can gain access to the tools and resources they need to compete without sacrificing their equity, their IP or their dreams.

To what extent do you consider the pressures that led to Game Alliance's existence as an indictment of the current market?

Indictment is a strong word - we’re more optimistic than that.

Exclude the top 100 games and you’ve still got a market that exceeds $10 billion.

It’s easy to be intimidated by the concentration of wealth toward the top. But exclude the top 100 games and you’ve still got a market that exceeds $10 billion and grew faster last year than the year before.

We still see more lucrative opportunities for independents in mobile than any other segment of the game industry, but no one should expect it to be easy.

Mobile games and the infrastructure they run on become more complex every month. Developers and marketers have to be savvier, and we feel this is a good thing.

We’re looking to fuel this for the benefit of the industry as a whole.

While the Game Alliance fund will no doubt help some developers, it obviously can't redress the balance alone. Do you see a future for sustainable independent game development on mobile?

We’re not alone in believing that independent developers are the engine of creativity and innovation in this industry. With the right amount of talent and support, any developer should be able to succeed on mobile.

What advice would you have for a developer who wants to keep control of its IP, but lacks marketing and UA knowledge? Is Game Alliance able to help with practical mentoring as well as funding, or would you encourage self-education?

First, my advice is to remember that being independent doesn’t mean working in a vacuum.

There are reputable UA agencies and freelancers who can provide a lot of the expertise you’re looking for much faster than you can develop it internally.

With Game Alliance, you can also get those UA campaigns funded.

Moreover, we have teams that can help with broader marketing efforts like influencer outreach, key art development and app store optimisation - things that are often impractical for a developer to take on when their resources need to be focused on improving their game.

It’s important for developers to be self-aware - to identify their strengths and their shortcomings - then determine which functions make the most sense to staff internally and which functions are best sourced from outside partners.

So, yes, mentoring and education in mobile best practices are a big part of the Game Alliance initiative.

We like to envision Game Alliance as a self-directed resource for developers. We offer funding, technology, tools and even dedicated staff, but also knowledge and expertise, both from our long-standing experience in mobile gaming, as well as insights from other developers within the Alliance.

This is another area that grows more robust as more and more developers participate.

What kinds of developers do you want to hear from in regards to Game Alliance? Have any deals been struck since the fund's launch?

Yes, the response to the Game Alliance UA fund has been great.

We want to hear from any mobile developer who has a game that they believe can scale with the help of Game Alliance.

We have entered into multiple deals since its launch, with several more in the pipeline.

We want to hear from any mobile developer who has a game that they believe can scale with the help of the Game Alliance fund, our UA team and toolset or any of our other support services.

Are you able to discuss the terms on which the Game Alliance fund operates and how Tilting Point stands to benefit from the scheme?

We don’t disclose deal terms publicly, but I can say that the Game Alliance fund is deploying capital and absorbing risk with each UA campaign while maximising developer flexibility and autonomy.

Our agreements can be customised to best suit the needs of each game.

As the managers of the fund, Tilting Point benefits from a share of profits from successful UA campaigns and by offering optional, value-added services to participating developers.

Finally, do you see the mobile games market becoming more balanced anytime soon or will juggernauts continue to predominate?

The juggernauts won’t be disappearing anytime soon, but I do expect the mobile game market to continue growing rapidly, keeping the window of opportunity open.

It won’t be easy, and the sheer volume of releases means that independent developers acting alone are highly likely to fail.

But initiatives like Game Alliance can empower developers to compete on an even playing field with the industry’s Goliaths, equipped with the funding, tools and resources of a world-class publishing organisation.

By working together - separately - talented independent developers can break through the noise, find their audience and achieve scale.

More information on Game Alliance can be found on its website.