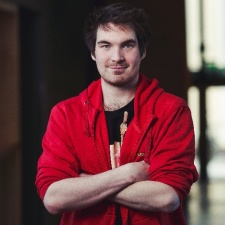 The studio’s Hill Climb Racing series has been a huge hit on mobile surpassing one billion downloads in April 2018.

Having experienced significant success with its own titles, late last year the company launched a new data-driven publishing label Called Round Zero.

The idea is to offer early stage mobile developers free installs and access to performance data to evaluate a game’s potential. Should a title show enough promise, it’ll move up the publishing pipeline and potentially release globally with financial backing.

Fingersoft has published games before, but this new division aims to do things differently.

“What must be understood is that Round Zero is first and foremost a game evaluation tool,” Round Zero CEO Daniel Rantala tells PocketGamer.biz.

“We are not deciding which games to publish by ourselves, we're asking our users and following the metrics.

"We give complimentary installs - usually 500 to 1,000 depending on the game's conversion rates - and then we check out core metrics like the click-through rates and the promotional rates from advertisements, session data and things like that in order to see whether it's a good match for our portfolio or not.”

Should a title show enough potential based on those early installs, Round Zero will bring more users into the fray from its network.

Eventually developers could get the chance to sign a publishing contract with Round Zero and put their game into soft launch to verify KPIs ahead of a possible global launch.

It's here Round Zero will offer further support through funding, money for user acquisition or through other methods.

Currently the team is working through its data-driven publishing platform manually, but Rantala says it hopes to launch it commercially this year with a more automated process.

The goal is for devs to simply head to the website, login, access information and automatically activate the cross-promotion service the platform offers for their game. All the data is then collected by the Round Zero's SDK, reducing the need for human intervention.

Rantala says ultimately the team wants all developers to have a “fair fighting chance” to get published. There are some rules, though.

“We only require that people speak first of all English, so we can communicate,” says Rantala. “We also don't want to test out games that are complete copies of other games; they have to have some original ideas.”

While much of the process here is data-driven and will eventually be automated, that doesn’t mean Round Zero won’t be offering more tailored support to developers.

Round Zero is first and foremost a game evaluation tool.

The publishing division will still work with developers to spot potential problems and challenges the game may be facing early on, essentially offering a kind of consulting service.

Developers will always maintain full control over their project, and Rantala says the company ready to offer assistance where needed from its own experience with the Hill Climb Racing franchise.

The first game to go through Round Zero's publishing process was Finnish studio Superplus Games’ physics-based tank game Hills of Steel, which has been downloaded over seven million times to date. A sequel to that title is already in the works.

Rantala says Round Zero wants to publish around three to five games a year overall, though is expecting submissions in the hundreds.

“Of course once we get the technology done it will be a lot higher,” says Rantala of the upcoming commercial launch for the automated platform.