"Our teams make tonnes of prototypes and are in the habit of testing them early in the development process, which is the reason we realised that we had a real gem here" 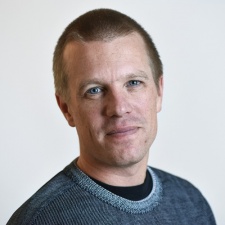 June has undoubtedly been a kind month to Sweden-based developer MAG Interactive.

Also releasing in June was a fresh foray into the hyper-casual market with Paint Hit, which made a splash with one million downloads within a day of launch.

The hyper-casual game is slightly off colour for the developer, but not all that surprising.

The genre is very much the new kid on a block that was previously dominated by casual, mid-core and core titles. Stylised as a nostalgic throwback to arcade favourites, games mobile developers such as Voodoo and Ketchapp have been converting the feeling into some solid business.

Voodoo, for example, is currently occupying three spots in the Top 10 Free iPhone Games Chart in the UK with Helix Jump, Color Road and The Fish Master. Its success has resulted in a $200 million investment by Goldman Sachs, while Ketchapp was acquired by Ubisoft in 2016.

MAG Interactive has had a tough time following its IPO in late 2017, with shares struggling to return to their early highs. But recent launches like Word Domination and the expansion into hyper-casual appear to be catching the attention of investors with shares recently at their highest since January 2018.

We recently caught up with MAG Interactive CEO Daniel Hasselberg to talk about Paint Hit and shifting into the hyper-casual games market.

PocketGamer.Biz: Paint Hit has been quick out the blocks in hitting one million downloads, what do you put this down to?

Daniel Hasselberg: I believe it is as simple as it's a really fun, well-made game that people are instantly attracted to when they see it in the store.

What inspired you to move into the hyper-casual games market? Will you be exploring it further in the future?

We have our roots in casual games with Ruzzle, WordBrain and Quiz Duel. But this really hyper-casual game type is new to us.

Our teams make tons of prototypes and are in the habit of testing them early in the development process, which is the reason we realised that we had a real gem here.

How well does a hyper-casual game like Paint Hit monetise?

As it is mainly an advertising-driven economy, it varies a lot between different markets, where obviously the US is stronger than many other smaller markets.

Do you feel it paid off?

Absolutely. Early testing is something you never regret.

Of course, results aren’t this positive every time you make a test, but learning quickly is key.

Of course, results aren’t this positive every time you make a test, but learning quickly is key.

How did the creative process with Paint Hit differ to your other games?

It always starts the same way: we play around with ideas and mechanics to find something that is truly fun and engaging.

How does Paint Hit fit within the company's existing portfolio?

Our audience consists of casual players that don’t see themselves as gamers.

Paint Hit resonates well with many of them but likely skews towards a younger audience for this game compared to the average MAG game.

How many casual games have MAG Interactive made that didn't make it before Paint Hit?

We do dozens of games every year and most of them don’t work out. This goes for both hyper-casual and our other casual game launches, so it is definitely not a 100 per cent hit rate.

With more than 10 million monthly active users we have a good foundation for driving traffic.

How will you go about ensuring that Paint Hit will maintain a sizeable and active player base long after its launch?

We support our live games with paid marketing as well as cross-promotion from the other games in the portfolio.

With more than 10 million monthly active users we have a good foundation for driving traffic.

So we will continue promoting Paint It that way, together with a mix of paid and organic traffic and optimise our efforts to create strong returns that help us fund development of more fun games.

What lessons have you learned/are you still learning from Paint Hit?

Keep testing quickly. As we learned, if it works, it can be extremely rewarding.

We will keep optimising the game for increased engagement and retention to make sure these millions of players spend us much time with us as possible.