From Crackdown to mobile: Outplay's Phil Wilson on how to snag a job as vice president of operations

"We have successful games that are several years old and we’re continuing to build our portfolio. That excites me more than any triple-A pre-launch hype ever could" 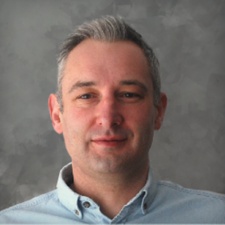 As part of our UK Special, we caught up with Outplay VP of operations Phil Wilson.

For the next two weeks, we shall be shining the spotlight up and down the UK, From Scotland to Wales and delving into everything in between.

Phil Wilson: I’m responsible for the planning, coordination and development of Outplay’s live and new games, as well as its supporting services, tools and technologies.

I was tired of spending at least 90 per cent of development time and budget on the pre-launch phase rather than investing for the long-term in games-as-a-service.

We have a capable management team, from executive producers to team discipline leads, so much of my role just comes down to supporting them in any way I can.

My focus is on development effectiveness, product quality and maximising business value, but it’s actually a lot more fun and interesting working on our games than that description suggests.

My first job in the industry was at Gremlin Interactive back in the mid-90s. I started out as a designer, eventually moving to a lead position on a title called Hogs of War.

For the best part of 20 years since I’ve been leading the production of console projects while keeping involved creatively where possible.

The original Crackdown for Xbox 360 and, more recently, Crackdown 3 were my most ambitious projects; particularly the latter, which was distributed across multiple studios and cities.

Triple-A console development has become increasingly challenging, with much riding on big-bet, long-term projects that are dependent on the success of risky tech R&D.

Developing for mobile is faster paced with teams that are smaller and more agile, bringing back fond memories of creating games for the original Xbox and PlayStation.

I was tired of spending at least 90 per cent of development time and budget on the pre-launch phase rather than investing for the long-term in games-as-a-service.

Here at Outplay, we have successful games that are several years old and we’re continuing to build our portfolio. That excites me more than any triple-A pre-launch hype ever could.

Yes, for as long as I can remember. Since being terrified by the immersive experience of ‘3D Monster Maze’ on my Sinclair ZX81 and then inflicting crappy little text adventure games on my family via our Commodore 64 and a copy of ‘The Quill’.

We have successful games that are several years old and we’re continuing to build our portfolio. That excites me more than any triple-A pre-launch hype ever could.

I certainly count myself as very fortunate to have made my career in the games industry, particularly since it’s populated with so many likeminded and talented people!

I studied Physics with Laser Science at Heriot-Watt University in Edinburgh. It was a good course, although the whole time I was thinking 'yeah, but I really want to make games…' As it happens, all that optics and mechanics has occasionally come in handy.

After graduating, I compiled a bunch of my original paper game designs and sent them to the major UK studios.

Amazingly, this resulted in a handful of interviews. Back then the industry was still like the Wild West and I have to acknowledge that it was much easier to carve out your own patch on the frontier.

To encourage the same approach now would be terrible advice, although I am a strong advocate for nurturing junior developers with a demonstrable drive and ability.

These days several universities offer excellent computer games degrees for all disciplines and I’d strongly advise using that as an entry point. These courses always have strong links to local industry and that’s true of Abertay University here in Dundee, particularly with our Outplay Academy.

Roles within production are typically quite broad, including project, product, business and personnel management.

That the work I’m doing on any given day is typically varied and engaging is, in itself, fulfilling.

At its core, my role is facilitating the excellence of some truly inspiring game development professionals and that is both humbling and satisfying.

I think that most people still know a lot more about filmmaking than game development. I suppose the processes are more tangible and easier to grasp.

Not many games ship with a ‘making of’ or ‘behind the scenes’ bonus feature - I’m sure most gamers don’t even think about how a title came to exist.

My previous positions as executive producer mapped pretty well to the typical responsibilities of the same role in the movie industry - accountability for the title’s business case and relationships, timely delivery to high technical and creative quality standards within a fixed budget, working directly with marketing and distribution, etcetera.

I suppose the primary misconception would be from anyone who imagines that there are nearly as much glitz and glamour in game development.

The industry has continually grown and evolved since I first joined, but if there’s one consistent truth, it’s that knowledge rarely trumps experience.

Exude passion and enthusiasm because it’s powerfully infectious, and no ‘weary Wullies’ ever made a great game.

Experience isn’t everything of course and some of the most capable developers I’ve worked with were surprisingly green.

But, for example, it’s easy to behave like a magpie, gathering shiny new techniques, tools or technologies; knowing when, or even if to take advantage of them usually comes from gaining a few project battle scars.

That and the fact that humans suck at estimation!

Do it for a job because you already love doing it as a hobby. Exude passion and enthusiasm because it’s powerfully infectious, and no ‘weary wullies’ ever made a great game.

Get your foot in the door and demonstrate what you can do, it rarely goes unnoticed.

And if you move into a leadership role then never forget that it’s much more about supporting those in your charge than it is about being in charge.

"Scotland's pedigree has endured, and the development scene is thriving"