“It’s not in a perfect state, but I believe everyone from the indies to triple-As is on that journey to a more accessible experience” 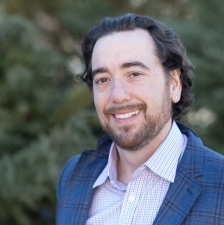 In the wake of this announcement, PocketGamer.biz caught up with CEO Mark Barlet, to chat the state of the industry and accessible-centric gaming in 2019. Just don’t call it a gaming charity.

“Sometimes people call us a gaming charity, and I have to correct them,” says Barlet. “We’re not a gaming charity. We support people with disabilities and the tool that we use to combat social isolation and include those communities is video games.”

Games may just be the tool, but Ablegamers is intimately familiar with the toolsmiths in its work. Collaborating with the industry is vital to making sure the strides it takes are met by the games space, and Barlow is in constant conversation with developers.

“In order to create inclusive communities, we have to work really closely with the industry," he says. "All the custom controllers in the world can’t bridge the gap of a lack of a feature. We spend a tonne of time working with industry.”

Barlet believes we've come a long way in regards to accessibility in the last few years. There may be stumbling points, but across the board, the industry is trending towards a more open approach to considering what a gamer looks like.

I believe everyone from the indies to the triple-As is on that journey to a more accessible experience.

“It’s not in a perfect state yet," he admits. "But I believe everyone from the indies to the triple-As is on that journey to a more accessible experience.

“I’m pleased to say that all in all, everyone is tracking towards a more accessible world. Some are doing it at a greater speed than others, but I feel like we’re heading in the right direction for sure.

“The feedback that we’re getting from these big studios is ‘oh my goodness, you’ve made game accessibility accessible. You’ve given us the tools we need and you’ve given us a language to communicate amongst ourselves as we’re trying to untangle this need'."

One of the best ways for developers to get started is with the tools already offered by Ablegamers. Barlet explains that big firms have already found Ablegamers' Accessible Player Experience (APX) resources to be useful.

“Developers need to understand the APX model and how it works," he says. "Just understanding that will go so far in helping you speed up that arc towards more accessible experiences.”

Ablegamers also offers player panels, giving developers direct communication with disabled gamers. Both parties can then collaborate on where a given game is at with accessibility and what next steps should be taken.

But as these services grew, and with the introduction of a developer knowledge-base, Barlet felt the charity needed a new site - separate from the Ablegamers site proper - devoted to getting creators up to speed with considering accessible design.

In the wake of From Software's latest launch, Sekiro: Shadows Die Twice, difficulty discourse brought a new twist to the accessibility conversation.

Easy modes and variable difficulty became hotly contested talking points between players who believe in the 'purity' of the experience and those who think everyone should be able to play at any level.

Everything is hard to somebody - I’m a PC gamer, every game on a console is hard because I don’t have that muscle memory.

To Barlet, this conversation is moot. Difficulty is highly subjective and what constitutes "hard" will always change from person to person regardless of ability.

“A game is welcome to be hard," states Barlet. "Everything is hard to somebody - I’m a PC gamer, every game on a console is hard because I don’t have that muscle memory. Hard is subjective.

"That doesn’t mean a game can’t be accessible if the right options are there. But understand that if a game is too hard, nobody is going to buy it."

Barlet won't stop you if you insist on making a rock-hard experience that locks out disabled players. But he wants those developers to understand that the tide is shifting towards accessibility - being left behind might not be affordable.

“We’ve found through the 15 years we’ve been working, most games companies want to sell more games not less games," he says. "The ability to tailor hard is often imperative to the bottom line.

“You want to make a really hard game that people with disabilities can’t play? I’m okay with that. You’re going to take the heat because the entire industry has moved to a more accessible place. Statistics show that incredibly hard games don’t sell. If you’re okay with that, I’m okay.”

Barlet wrapped up with an announcement we revealed last week. Over the next year, Ablegamers will be embedding APX Practitioners within studios big and small, giving them an actor on the inside that can voice accessibility concerns easily and early in a project's life.

"We’ve found that once we embed champions within the studio space, accessibility becomes a really cheap thing to add," says Barlet.

Thanks to Barlet and the team's existing relationship with industry players, studios have already signed up in droves to take part.

“You’re going to see on Accessible.games, by autumn, another box pop up for us to start doing this certification program," he says. "We’ve already pre-sold over 400 seats for this program.”