“Then it started blowing up": How TerraGenesis transformed indie developer Edgeworks 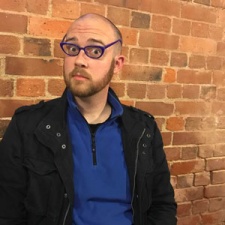 TerraGenesis was the 25th iOS app indie developer Alexander Winn had released on the App Store.

The game is rooted in real science and tasks players with terraforming worlds in our own solar system - based on as much actual data as possible - and other planets beyond.

It goes deep into the science, requiring players to deal with details such as air pressure, oxygen, sea levels and biomass, all to build a functioning ecosystem that can sustain life.

Back in 2015, the game was far simpler than it is now. Winn had only spent a month building the game upon its initial release, as he’d always thought that someone should make a game based on terraforming. And the timing was just right: Ridley Scott’s The Martian starring Matt Damon was coming out at cinemas, based on the hit book of the same name.

Winn managed to create what he calls a “little version” of TerraGenesis in time for the film's launch, although he refers to the release as “I just kind of tossed it up on the App Store”. He’d quickly moved on to his 26th app.

“I had kind of gotten used to there being no interest,” Winn tells PocketGamer.biz at GDC.

“But then this one started blowing up. My wife and I were actually living in New Zealand at the time for seven months and so we were road tripping around. She was driving and I was on my little MacBook Air in the passenger seat doing bug fixes, pushing out updates on hotel wifi and stuff.”

11 months after that initial release, TerraGenesis was given a full launch in late 2016.

By June 2017, TerraGenesis was named the winner of the Very Big Indie Pitch at Pocket Gamer Connects San Francisco.

In November of that same year, Edgeworks had signed a big publishing deal with Tilting Point - a company with a huge user acquisition budget for its portfolio. In July 2018, the company said it was aiming to invest $132 in mobile games user acquisition annually across its various titles, with TerraGenesis being one of them.

Winn says Tilting Point contacted him through LinkedIn, which at first he didn’t notice. It wasn’t until he registered for a New York conference called Games For Change, which he thought would be a good place to promote TerraGenesis, that he got word of Tilting Point’s interest from the chairman of that same event.

“We talked about all sorts of stuff that we could do together and ultimately signed with Tilting Point,” says Winn. “And then that's when our numbers really hit the afterburner.”

We talked about all sorts of stuff that we could do together and ultimately signed with Tilting Point. And then that's when our numbers really hit the afterburner.

Despite some initial worries about working with a publisher, he says Tilting Point’s business model meant the publisher didn’t ask for ownership or equity but rather a revenue share, which assured the team it could continue to grow both the IP and Edgeworks as a company.

“When I started TerraGenesis I was just a guy working on my 11-inch MacBook Air and now my wife and I have built a company of six people and we’re growing off the success of TerraGenesis,” he says. “We're definitely riding the wave and looking to continue growing.”

Now with millions of installs and a large user acquisition budget, Edgeworks is launching its biggest update yet: 5.0. The team has been at work on the update, set to launch very soon, ever since last spring. Winn calls it “the biggest content update we’ve ever done”.

The update brings with it a revamped graphics engine and new worlds called ‘historical Earths’, which let users play through our home planet during seven different eras of its history, including the ice age and dinosaur era.

Other new features are ‘world killers’, which include imminent threats like an inbound asteroid and ‘natives’ that explore the choices you must make when trying to colonise a place where people already live.

“This is what I've often described as sort of the Native American experience,” explains Winn.

“You’ve found a planet, you land, you start building cities, except there are actually people living here right now. So you have to make these choices around do you force them off their land or do you try to respect their culture? Do you try to influence their culture to be more like you or do you try to kind of keep the prime directive and allow them to remain what they are?

“Players are going to be able to engage with a lot of ethical questions like that.”

Looking ahead, Winn says the team has many more ideas for how to develop TerraGenesis, though they’ll always listen to player feedback for further fresh content.

“We're a six-person company and we have two full-time employees who are only dedicated to marketing and community outreach,” says Winn.

“And part of that is the joy of having a game that went viral before we built the company, because there's marketing to do, there's customer support you have to do.

“But a part of it is also that I have always had a big passion for community building, and the players have great ideas. Why would you not listen to the ideas they're giving you?”

Check out more interviews from our Indie Spotlight series here.

Learn more about indie games development on the Indie Track at Pocket Gamer Connects Seattle on May 13th and 14th.