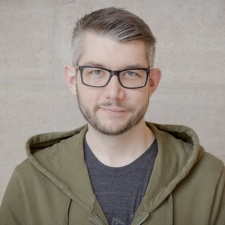 Well, that’s what you might be led to believe anyway. Yet many of mobile’s most critically acclaimed games are premium. Take Florence, Monument Valley 2, The Room: Old Sins and Gorogoa.

Depending on the level of expectation, there’s a market for paid-for apps. But it pales in comparison to free-to-play. Billions of people enjoy these experiences and these titles also have the potential to earn billions of dollars for their makers. Certainly the market, both industry and consumer, has shifted into this direction for quite some time now.

The debate over F2P monetisation practices rages on in some quarters, but premium has become a difficult proposition on mobile. Even Nintendo’s paid-for title Super Mario Run fell below rather high expectations, while a number of players even stating their distaste for the game’s paywall after release.

The games giant has not returned to premium, or ‘free-to-start’ as it once coined it, since.

Bringing back the classics

A new start-up has emerged however to turn back the clock, to give premium games another chance on the app stores.

It’s just raised $2.5 million in funding, and the company’s VP of business development Eli Hodapp, who was previously editor-in-chief at TouchArcade for more than 10 years, says the company wants to “breathe new life into classic mobile games”. Though it will also help release some new ones, too.

The investment will help bring as many classic games back to life as possible, as well as scale up the company’s tech to regularly update and maintain these titles for years to come.

“The company was formed for many reasons, but the one that personally interests me the most is the preservation of historically important mobile titles that are no longer playable,” says Hodapp.

“I spent 10 years at TouchArcade, where we covered basically every noteworthy game ever released on the App Store, and I began to realise over time that some of the best games on mobile now only exist in reviews I wrote or videos I produced.

“GameClub has given me a unique opportunity to actually do something about that, instead of just writing about it.”

I began to realise over time that some of the best games on mobile now only exist in reviews I wrote or videos I produced.

He adds that the company’s CEO Dan Sherman has another reason for the venture. It comes from watching his kids have different game experiences on mobile compared to those he had on the NES, “which are now packed with constant distractions through often inappropriate ads and in-app purchases”.

For Hodapp, “freemium fatigue is a real thing”, despite the legions of engaged players these titles still entertain.

“It seems like by now even the most casual of mobile gamers have a horror story they’re more than happy to share about over-spending in games, not getting a great value, or just generally feeling ripped off,” he says.

“There’s also the core gamer demographic that actively hates free-to-play mobile games. We believe there’s a unique opportunity to satisfy both of these audiences, and potentially many others, by providing no-BS gameplay experiences that are fun to play without constantly badgering players for money or ad views.”

Hodapp then wants to see a return to “pure gaming experiences that used to exist on mobile”, rather than see more gacha mechanics implemented into the top titles.

“As we’ve seen from feedback coming out of our early access program, gamers are thirsty for this kind of content on their phones and love that we’re bringing it back,” he says.

It’s not quite clear yet how GameClub plans to achieve its goals of bringing back old premium games with a sustainable business model. It’s currently working on updating over 50 titles, including Vlambeer’s Super Crate Box, RocketCat Games’ Hook Champ, Ken Wong’s Hackycat and Fluttermind’s Incoboto.

GameClub is still experimenting with a few different payment models to monetise these games. Hodapp says subscription makes sense - something Apple has adopted for its own subscription-based, premium app-focused Apple Arcade - and it’s testing that on iOS in select countries right now, but it has yet to officially settle on its business model.

“Currently our focus is building our game catalogue and making sure members of our early access program love what we’re doing with our updates,” he states.

Many of these old titles have been left alone by their developers simply because it's not worthwhile from an ROI standpoint to update them. Eventually, this has led to some disappearing off the app stores as operating systems bring new updates of their own and stop supporting old apps. A key example of this is Apple no longer support 32-bit apps after iOS 11.

But while developers haven't either wanted or been able to continue supporting these titles themselves, Hodapp says the “secret sauce” of GameClub is that it can operate and update these titles at scale, thus making worthwhile from a business standpoint for all involved.

“If you’re a small studio, figuring out how to update your 32-bit mobile game build in an engine like Cocos2d from back in 2009 is a massive undertaking,” he states.

“When we update a game, we extensively document everything that went into updating it with whatever underlying technology it uses. So when we approach a Cocos2d game, we already know all the levers and tricks we need to pull to get it running most of the way again.

“This allows us to operate at scale and update these games far more efficiently and cost-effectively than a single developer would be able to on their own.”

As Hodapp stated earlier, the preservation of historically important mobile titles is one of the key tenets of GameClub’s reason for being.

Imagine that same reality where you could never go back and listen to Nevermind or Bleach because the band didn’t go back and update them every year.

He says that much like archiving other forms of digital media is important, these games are a big part of our global culture. To play an original Mega Man game, one need only track down a NES and a cartridge. But for those wanting to get hands-on with a game like Team Phobic’s Bounce On? “That effectively doesn’t exist anymore," says Hodapp.

“The only way you can revisit those memories is either by tracking down an old iPhone or iPod touch that still has it installed and was never updated, or watching someone else play it on YouTube,” he states.

“This is just the reality we live in, and I’m incredibly excited to have an opportunity to change that.”

Another example given is that of RocketCat Games’ Hook Champ, which is also the first title released in GameClub’s early access program.

The same team worked on Death Road to Canada, and Hodapp says by being able to go back to the studio’s start, people can see the beginnings of what is now the developer’s trademark art style and humour.

“It might be easier to imagine in a musical context,” explains Hodapp of the importance of preserving historically significant games.

“No one would argue that there isn't a massive amount of historical significance to Nirvana’s first two albums. But imagine if music worked like mobile games, and you discovered Nirvana through their last album, In Utero.

“Now imagine that same reality where you could never go back and listen to Nevermind or Bleach because the band didn’t go back and update them every year."

“That would be a weird world to live in, but that is exactly what has happened with mobile games.”