"It’s a good time for an indie if you have a killer idea, or a great track record because there’s a tonne of cash out there for cool projects" 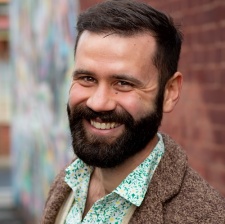 Games can come in all shapes and sizes. Though we’ve written extensively about how hard it is to establish a studio and the challenges of making it successful, the great thing about being indie is the freedom to explore any genre and surprise players in new and exciting ways.

Founded in 2009 by trio Simon Joslin, Matthew Clark and Tom Killen, The Voxel Agents has been creating expressive puzzle titles that are designed to create heartfelt moments that leave a lasting impression.

Focusing on games that incite curiosity and concentrated gameplay, the Australian studio has been awarded numerous accolades in the past including “Best New Business” as well as “Best Mobile Game” for debut release Train Conductor.

Now returning with story-driven puzzler The Gardens Between, the company has received lots of praise and similar acclaim. With friendship at the heart of the game, TGB looks to pull from users’ childhoods to create emotional beats and a fresh experience on mobile and Nintendo Switch.

As part of our Indie Spotlight series, we spoke to The Voxel Agents creative director Simon Joslin about his journey from university aspirer to award-winning developer.

Simon Joslin: Matt Clark, Tom Killen and I met at university in Brisbane in 2003. Throughout our university years we regularly shared dreamy visions of starting a studio, but frankly we had no idea what we were doing.

It wasn’t until we had graduated and worked at different game studios in Brisbane (Halfbrick and Pandemic mainly) that we began to take the idea of our own studio seriously. The final impetus was winning the ‘48 Hour Game Making Competition’ for two years running.

We were at a stage in our lives where 'risking everything' wasn’t risking much at all because we had no dependents, no real savings to our names.

At the time in 2008 the Australian landscape was effectively just work-for-hire studios, and idea of “indie” was a mere twinkle in the eye of a very brave few, so going it alone to create original IP was a real stretch.

Our naivety, and perhaps delusion, willed us into creating a studio founded exclusively on original IP, something that very few studios - maybe none? - were attempting at the time in Australia.

Just by pure luck we chose a great time to start an indie studio. We were at a stage in our lives where “risking everything” wasn’t risking much at all because we had no dependents, no real savings to our names.

We also struck out at the same moment the App Store opened and we have been very fortunate to ride the growth of the single most successful product of all time, the iPhone.

The App Store offered an approachable, viable and fast-growing platform for creative developers to flourish on, and it was perfect for us with our tiny team of three.

Whilst we can’t take credit for the timing, we did see the opportunity in the iPhone. We predicted that a large portion of the 300 million odd iPod owners would upgrade to the iPhone - why carry two devices that do the same thing?

Plus, there would be a lack of first-party competition and large publishers hadn’t taken any notice of it.

Finding focus. For at least the first five or six years of our studio we believed that we had to scale, thinking we had to grow our team to reach our true creative destiny. In our defence we started at a time when a custom game engine was necessary and tools were basic, so larger teams were standard.

But as an indie that is a very difficult path and it was a huge distraction for us. It meant having more teammates than we needed and trying to find things for them to do each day. We also felt pretty overwhelmed by the surprising amount of non-game dev work there was to do.

Since we’re back to a skeleton crew of just Matt and I, the studio is suddenly very quiet. In fact, we quickly found it too quiet and had to come up with ways to make the days more interesting again - we do miss our old teammates we spent four years making The Gardens Between with.

So at the moment, we rock in around nine and head off for a coffee together, share games, chat and catch up.

As a studio we believe everyone can play games, it's just that many people don’t know which games they’ll enjoy.

Many people assume games are all about shooting space aliens and that is all there is about it. Since establishing we have always aimed to broaden the gaming world by making accessible games with surprisingly unique ideas, showing people that games can be so much more.

Back when we started in 2009 that was a slightly more radical idea, now that indie has run its course, that goal has been somewhat achieved, by indies and by others.

Fortunately, we have also gained a clearer picture of what we enjoy making as well - minimal games with surprising depth. I think you can see this thread of puzzle and logic wrapped in sweet and simple ideas. We like to make games that engage you to understand, explore and solve.

There are some clearly huge trends happening right now that simply eclipses any individual indie and I think to some degree we’ll have to wait and see how the behemoths battle it out, and how the scraps will land for indies.

It’s a good time for an indie if you have a killer idea, or a great track record because there’s a tonne of cash out there for cool projects.

We know there’s new subscription packages coming, new storefronts, and new platforms. On top of that with all the burgeoning industry of indie publishers, there’s certainly a lot of money around right now.

It’s a good time for an indie if you have a killer idea, or a great track record because there’s a tonne of cash out there for cool projects.

However, I think if you’re throwing your hat down on iOS or Android by yourself without support, it’s very challenging to get noticed and make a significant dent.

Not impossible if you’re lean, focused and able to survive on small revenues, but you have a pretty small chance of success these days.

Could you tell us about The Gardens Between?

The Gardens Between is the brainchild of Henrik Pettersson, Jon Swanson and Brooke Maggs. Together they brought this beautiful idea from out of the primordial prototyping soup.

Whilst the initial idea for a time scrubbing game came from Minority Report, the three of them realised that story and narrative would be super important, they developed the children’s book vibe and crafted the truly emotional storyline we have today that has such an impact.

The intertwining of narrative and gameplay is central to the world we’ve built. We wanted to craft a story that unravels as you explore the world, subtly told through the environment and the way the characters react to it.

Arina and Frendt are lost in this strange world, and they’re piecing together this story as you, the player, are. The surreal larger than life objects strewn about the world have huge significance to the duo, and by connecting the dots the player can begin to see how the story comes together.

I’m not sure that I want to make a game with a gigantic budget. I think I’m happy where I am; making something really unique and delightful in a small, tight, focused package.

If you’re early on in your career, I think it’s important to cut your teeth fast and often. Get things out there, keep scope small and keep learning from your frequent releases. Just don’t expect this will be an easy path because there’s an insane amount of competition out there.

If I was starting today, I think I’d probably make free games in Unity and publish on every platform that’s easy to get on, like Android, iOS, the web, Messenger games maybe? I’d aim to use virality to build an audience first before attempting to make any revenue.

But once you’ve made something great, even just a vertical slice, you’ve got choices, you can shop around for publishers, or subscription deals, or Kickstarter, or self-publish.

It all depends on the skills in the team, the stomach for self-publishing and the state of the industry at the time.