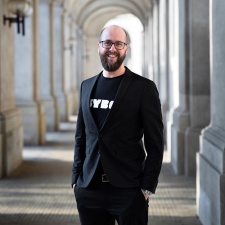 In this entry of our Live and Kicking series, we caught up with SYBO Games CEO Mathias Gredal Nørvig following the seven-year anniversary of endless runner Subway Surfers.

PocketGamer.biz: With Subway Surfers about to pass its seven-year anniversary, how do you reflect on its performance – from launch to the mature title it is now?

Mathias Gredal Nørvig: We are continually enamoured with how Subway Surfers is received around the globe. We have a terrific team who share our fans’ passion for the game, the street art and the subculture around it.

Our characters are relatable and cool and we get to know them a bit better every day, through the animated series, their outfits or their new friends. These are the major factors in how Subway Surfers has broken record-after-record, year-after-year.

Those who are familiar know Subway Surfers is on a never-ending World Tour; every three weeks visiting a new city around the world.

In its seven years, SYBO has given fans dozens of Subway Surfer World Tours, an animated short series, IRL experiences and soon, an incredible consumer products range that extends the brand’s lifestyle.

How big is the team currently handling live ops at SYBO Games?

Subway Surfers is operated across SYBO and Kiloo (our co-developer and publisher). At SYBO, we do the content updates for new cities and characters, while Kiloo balances the ads and make sure the SDKs are working flawlessly.

And then there are tonnes of things we work on across the companies. The combined team size has varied over the years, but the core team is approximately 40 people. All located in Denmark.

In March of this year, we celebrated our 100th update. Those who are familiar know Subway Surfers is on a never-ending World Tour; every three weeks visiting a new city around the world. Updates are a key part of our game and allow us to create new and amazing content for our players each month, in-game as well as cross-platform.

Our players are loyal fans. From day one we knew fans were integral to the game’s longevity. We feel connected to them in so many ways, and keep an open dialogue across Kiloo’s and our social media channels to hear what they want next from Subway Surfers - what city to visit, what rewards to offer and much more.

What steps have you taken to ensure that Subway Surfers maintains a sizable and active player base all this time after its launch?

First off, we are always looking to improve the overall quality of the playing experience, from the look and feel to new content itself.

In addition, monthly updates and the World Tour has helped us maintain a sizeable and active player base. There are always new characters and hoverboards to unlock, new friends to make, and new high scores to beat.

Keeping our player base/brand community happy and engaging with them is part of the equation. Our active and loyal fan base is one of the reasons we launched SYBO TV, which offers game live streams, trailers, extensive behind-the-scenes looks, lifestyle content and a platform for influencers and content creators a central location to share their original Subway Surfers content.

How have you adapted Subway Surfers to the market over the seven years of the game being live?

The core of Subway Surfers basically hasn’t changed since Sylvester [Rishøj Jensen] and Bodie [Jahn-Mulliner] made their first two prototypes. This was even before we had locked down the publishing partner. The core gameplay was so clean and intuitive that we haven’t had to adapt it.

We’ve made continuous iterations on the start screen, UI flow and offers that match the expectations of the players.

Together with Kiloo, we have introduced the Top Run feature allowing people to compete in their local communities or countries. And then we’ve made continuous iterations on the start screen, UI flow and offers that match the expectations of the players.

Keeping it real and staying fresh through monthly updates, listening and incorporating feedback from our fans, maintaining a consistency in quality content - again, these are the attributes key to the longevity and success of Subway Surfers.

To what do you attribute Subway Surfers consistently impressive performance and how do you sustain it?

The main answer is the high production quality. Even though the basic game is seven years old, it still screens really well. The fact that Sylvester and Bodie are both trained animators means that we have always ‘over-invested’ in look and feel.

It needs to feel native to the device and be a perfect experience. Not to sound like a broken record, I’m also going to point back to the Subway Surfers World Tour, which serves as an opportunity to update the game with new content, updated technology and giving gamers the new content and experience they desire.

It was even part of the founders’ early concepts from way back when they were still in animation school. When we introduced the concept to mobile gaming, it proved itself, that’s why so many other runners have adopted it themselves.

What lessons have you learned/are you still learning from Subway Surfers? Is there anything about the game that, in hindsight, you’d now handle differently?

At SYBO, we learn every day. Whether it be techy bugs, content, graphics or the multitude of other areas in the business, we always take lessons from our experience - in every department at SYBO, we evaluate what has worked and what could work better.

We keep bringing world-class talent to Copenhagen and we are all the better for it.

Finally, how has your experience with Subway Surfers informed where you are/what you’re working on now?

While we have been living the Subway Surfer lifestyle, SYBO has kept a close pulse on the entire mobile games industry - what’s trending, who is doing what and what is not being done.

We’re not going into specifics today, but suffice to say being at the forefront of runners is extremely important; the social aspect of multiplayer games is very much top-of-mind.