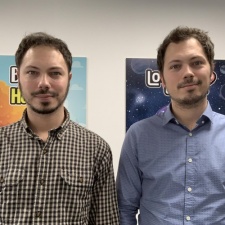 This week, we talk to twin brothers Xavi and Marc Terris about their work at Alike Studio and getting the chance to develop Very Little Nightmares.

Marc Terris: We were working together as designers and artists for a bigger games company, but after a few years it closed so we had to make the decision of finding another job or create our own. We felt confident enough for giving it a try to create our own game and five years later we are still holding up.

If we look back we weren’t really aware of how difficult is to succeed in this industry, and that would have been really scary.

Xavi Terris: Every day we spend a lot of hours together in the office and being a very small team means we have to take care of a lot of things, so every day is different for us. One day we can be at the office working on the art or the design of a game and on another we have to be dealing with financial tasks or answering emails.

Of course, it has its bad sides, like sometimes you have to deal with tasks that you don’t enjoy doing. But overall we like it that way, as our weeks are not monotonous at all.

Marc: We think that the biggest challenge was the beginning and being able to find our place in the industry.

Now we have an audience and very defined kinds of games that we know work, so there's less risk when producing a project.

When we started being indies we didn't really know a lot of things about the industry or how to run a company, but the experience through the years meant that we learnt a lot and that things became easier.

Xavi: From our point of view if people love your games it's a kind of success, but in the end it doesn't really matter if you are not able to get enough profit from it it to make another game, or at least to not lose money. So to be honest, success for us is being able to work on our own games and make a living out of it.

Every day there are more and more people making games and success gets more difficult to accomplish. It doesn’t matter if you succeeded in the past. You need to keep that in mind as if you get too confident and don’t put your passion into every game you work on, it’s really easy to fail.

Marc: We think that free-to-play is a very hard place for indies because we don't have the resources to compete with the big companies. However, we see the mobile premium market as a place where indies can succeed.

If you make a game that stands out in terms of art, gameplay or narrative, we are pretty sure that in the end you'll have visibility and then sales.

There's this belief that premium mobile market is impossible for indies, but from our point of view a quality game has a lot of chances of making it.

Xavi: After "Love You to Bits" and "Bring You Home", Bandai Namco offered us the possibility of working with an awesome IP like "Little Nightmares". After months of very hard work we released "Very Little Nightmares" at the end of May.

The game adapts the universe of the PC/console game to the target and playability of mobile devices. It's been a very different experience from working with your own IP and we learnt a lot in the process.

Marc: We’ll keep working on mobile premium games for sure. Our next game will probably be a very visual adventure with some innovative gameplay, but it’s still too early to say.

What we know for sure, and we have learned from this year, is the kind of games that people enjoy and that we know how to make: visually varied, colourful games that are really easy to play and target a wide audience.

So right know what makes sense for us is to follow a similar line for our next projects. Of course there is always room to try new things but we think we need to keep what defines us.

Xavi: Honestly, we think that we'll keep making the same kind of games: very visual and accessible games with something special in the gameplay.

However, with an unlimited budget we could make it a little bigger (not too much) and even more polished. There are a lot of extremely talented people out there and it would be great being able to work with them on a game.

Marc: We'd advise them to be very self-critical. If at some point something is not working we think it's very important to be able to take a step back before it's too late.

Sometimes we had to discard weeks' worth of work, and most of the times it’s hard to do it as you feel that you’ve lost a lot of time. But eventually you see that it was the best decision you could have made.

Also we'd advise developers to think very carefully about the game they are going to make. A game not only has to satisfy you as a creator, but it also has to have an audience and stand out somehow from other games.