Indie Spotlight: Olivér Papp on why it's important to acknowledge your learnings at the end of a project 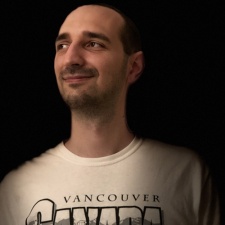 This week, we talk to Olivér Papp, who runs P'application Studio, to discuss his latest game Pathless and why you should never forget to look back on your learnings at the end of a project.

Olivér Papp: I never imagined that I would ever develop games.

In 2014 when Apple launched the Swift programming language I wanted to give it a try and creating a game seemed to be a nice idea, so it has stuck with me since then.

Game development is only a hobby for me at the moment, as I work full time as a C++ developer at an automotive company.

I also try to spend quality time with my loved ones after work, which means I only have the late nights to manage my projects.

For me the biggest challenge right now is time and the fact that as an indie developer I am the only person in charge for the full lifecycle of my projects, so every single phase of my projects are equally in focus.

Arts has always been part of my life (writing, drawing etcetera), but recently the purest form of self-expression is game development for me.

The fact that I created my games means a lot to me, as I created them little by little. And it’s great to see the final outcome, that people are able to download it from the App Store, and I hope that my games have some kind of impact on them.

I believe that as an indie games developer it can be challenging to be discovered, though it isn't necessarily a bad thing.

My latest game is called Pathless, which challenges the short-term memory of the player. You need to remember a randomly generated path and repeat the same steps one after the other so the pattern will be the same as first displayed.

I am particularly proud of this game because I put a lot of emphasis on minimalist design and creating an authentic atmosphere, which I think worked out quite well. I strive for perfection in every game I create and I like to manage the smallest details until the end.

I will create more and more games of course, but before doing so I need to get some rest and gain inspiration outside of my projects. So I just need to detach myself for a little while.

I would spend more time by creating my games but I would develop in a similar genre. I found balance in puzzle games.

Never forget to look back at the end of your project. You gained so much knowledge and experience during your journey and you should acknowledge it.

You might fail at times, but it’s a normal thing, so try to break down your projects into smaller steps and never give up on your own games.