Gearing up for one or two more purchases in 2019 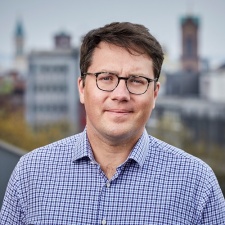 In April, former Flaregames CEO Klaas Kersting set up a new company to create a network of international game developers and service providers, that would work together to help better one another.

Now six months on, Phoenix Games has made its first acquisition and is on the cusp of making two further purchases.

Leamington Spa-based developer Well Played Games became the first studio to fall under the Phoenix Games banner, with a team made up of employees from SEGA, EA, Exient Codemasters and Rebellion.

The studio is currently working on the iOS and Android title, Warhammer Combat Cards - 40K Edition Card Battle, which has already announced some promising metrics.

At Gamescom 2019, we met with Phoenix Games vice president of mergers and acquisitions Mickael Bougis to see how close to any potential new deals the firm is, alongside the benefits of bringing all of these studios together.

PocketGamer.biz: How has 2019 been so far for Phoenix Games?

Mickael Bougis: It’s been good. We announced our first acquisition in Well Play Games, after announcing the existence of Phoenix in April this year. The beginning of the year was about meeting companies and understanding which we wanted to buy.

Now the backlog of companies is around 75, so we have 75 targets that we are actively talking to, which is quite a lot for the five of us working in business development. The first acquisition was a huge milestone for us. The goal now is to make one or two more acquisitions before the end of 2019. Then probably three more in the next year.

What qualities are you looking for in these acquisitions?

We’re mainly looking for mobile games because that’s what we’ve been doing for years. We’re not exclusive to mobile studios but we’re exclusive to the mobile environment.

I think we have enough targets in the backlog to fulfil our acquisitions this year, but it’s really our decision.

Maybe a UA agency for example or influence agency would make sense.

The goal at the end is to create a group or consortium of eight to 10 studios and provide them with the best service possible.

Are you close to any deals you can tell me about?

We don’t speak about that. We have a lot of stuff in the background. These conversations have been going on since January, last week or even yesterday, so there all at very different stages.

I think we have enough targets in the backlog to fulfil our acquisitions this year, but it’s really our decision. We will probably have some more announcement in October to November.

Phoenix Games aims to help support small to medium-sized companies that it claims can often struggle to access capital in an increasingly competitive market, how do you look to achieve this in an ever-more competitive market?

It’s really difficult right now to make any deal in the US or Canada because the valuations are crazy. If you look at Nordic, both Sweden and Norway are the same as well. We mainly speak to a lot of the people in the UK with Brexit going on. We speak to a lot of people in East Europe too. The Czech Republic and Poland have a lot of good developers but there’s not a lot of venture capital so access is difficult.

Venture capital invest in new companies. Most of the people we speak to created their company between 2010 to 2012, so they have been around for anywhere between seven to nine years and achieved a moderate level of success but nothing crazy.

For them, they have been building one game a year but now it’s time for them to go what’s the next step and how we can improve upon that and become part of a bigger group?

What games are the company currently helping with or working on?

Mobile. We’re pretty generic-agnostic. We don’t have one type we’re focused on and ever feel like there’s one particular missing. For us, it depends on the team more than the game. When we invest in a team we invest in their long-term, with most already specialising in a certain genre like sports strategy for example.

With Warhammer from Well Played Games, we had 90 per cent in-app and 10 per cent ads. We’re pretty agnostic about those two business models but we are clearly focused on the free-to-play model.

These are things take time because buying a company that has 2,000 people and another that has 20 are both very different

We think it’s the best model for the consumer because it promotes each consumer to download the game without no payment to entry and to spend what they want.

It’s also the best for the studio as its much more predictable. So, depending on your MAU you can plan accordingly and scale your future investments for the next game.

Have you ever considered subscription models?

We spoke about subscriptions a lot with Google and Apple. There’s not a lot of studios that are only working with that model, though.

Usually, each has in-app purchases and advertisements, then on top they do subscriptions. But yes, we are considering it.

How do you expect mobile monetisation and specifically free-to-play to develop over the next few years?

I don’t expect free-to-play to change too much. We are going to get tighter regulations for sure, which I think is good for everyone in the industry. Right now, it’s the business model that balances consumer and developers the best so I think it’s here for a long time yet.

What do the next 12 months look like for the company?

For us, as I said probably one to two acquisitions this year and three more next year. It’s really about closing those deals and integrating those companies. These are things take time because buying a company that has 2,000 people and another that has 20 are both very different.

There’s a lot of personal dimensions to take into account I totally understand when someone spends five or six years on their “baby”, pouring their blood, sweat and tears into a project. They want guarantees on the future of the company.

That’s also why we are only doing acquisition where we retain the founders.

We want every studio to be assured with the future of Phoenix, so of course, we want to retain those talents. We want to give them more freedom and more fresh air to create new games.

How do you integrate each company? Is there a different approach for each one or is the same method?

No, not yet, hopefully in a year we will have one. We want the studios to work together because the synergies of having them together is very beneficial.

It was recently revealed that Warhammer Combat Cards boasts day seven retention of 34 per cent and a 15 per cent payer conversion, according to developer Well Played Games.