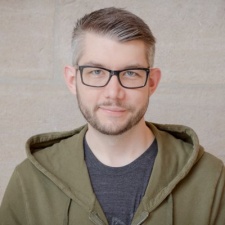 While Apple Arcade has generated a lot of press coverage with its take on subscription-based mobile gaming, it’s not the only service launching.

Yes, it’s also a iOS-based $5 a month, all-you-can-eat, premium, no ads, subscription, but the philosophy is very different.

So instead of spending lots of money getting developers to bring new games to iPhone, GameClub is all about working with developers to update their old, unsupported, games.

In this way, GameClub is more about bringing together a tight-knit community around shared classic experiences than attempting to sell the sizzle of the latest and greatest.

But enough of the analysis from me.

Instead we got GameClub’s VP of business development (and TouchArcade previous editor-in-chief) Eli Hodapp to answer some questions.

PocketGamer.biz: An obvious question, but do you feel you're in competition with Apple Arcade?

Eli Hodapp: In a way we’re competing with Apple Arcade, but we’re not expecting that GameClub will “beat” a trillion dollar company. The mobile games market is so huge there’s more than enough room for multiple subscription services, if the content is differentiated enough and the quality of the offerings is high.

The real competition is against the freemium model that has dominated mobile in recent years.

Mobile gamers deserve a diversity of gameplay experiences and fresh ways to find new titles - and parents need to feel safe with what their kids are consuming.

GameClub has rounded up an exclusive library of some of the highest rated mobile games on Metacritic, with many of them receiving numerous accolades including topping Apple’s own Game of the Year lists... and we’re just getting started.

We’re part of a wave that has the potential to spark a renaissance of premium mobile game development.

There's a strong PC community for historic games, but less so on mobile. Do you think you can bridge that gap?

The interesting thing here is that while some of our games were released a number of years ago, they’re still just as fun as they’ve always been, and once we optimize them for modern phones and tablets they look fantastic.

When we kicked off our early access program, we assumed that the primary demographic of players interested in the initiative would be nostalgic gamers.

We’ve seen a surprising number of people who never played these games when they were first released.

And while there certainly are a bunch of those, we’ve seen a surprising number of people who never played these games when they were first released who have been extremely engaged with GameClub.

This includes younger gamers, people who didn’t have an iOS device at the time, and a ton of other situations. It has been fascinating seeing new players experience these classic games, as it has come with a sense of disbelief that a game as good as Hook Champ is a decade old.

To them it’s just a new fun game they are playing for the first time that works great on their phone.

Would you be happy if GameClub existed as a fan-based community where some old mobile games go not to die? Or does it have to be a commercial success in order to keep operational?

Well, we’re a venture-funded startup that so far has raised $4.6 million, so commercial success is obviously part of the goal.

What we’re doing requires resources and specialized technical skills and it’s a lot of work to optimize yesterday’s games for today’s devices, and then there’s the marketing side.

A fan-based community alone wouldn’t be able to drive this, in perhaps the same way it could on PC. We have many plans beyond our initial launch, what you’re seeing today is effectively phase one of GameClub and we have many more tricks up our sleeve.

What's the ideal number of games you'd like to maintain?

It’s hard to say what the ideal library size is, it’s extremely important for us to maintain the vibe that this is a highly curated experience that features the absolute best games. For things like this, we’re going to be leaning heavily on the GameClub community to see what sort of games they want next.

So far many of the things we’ve done have been the direct result of community feedback, and we expect to continue that.

One of the cooler things we’ve done in our beta is have an open request form for people to tell us what other titles they think should be in GameClub, and we’ve been prioritizing negotiating deals with those developers to make that happen.

What's the response been like in terms of the developer community? Any interest from OEMs, telecos, operators etc?

The response has been absolutely fabulous, and we hit a tipping point near the end of the beta where we actually deprioritized developer outreach because we had so much inbound interest from studios and publishers who love what we’re doing.

The next thing we are working on is including new games that were never released on mobile.

Every major announcement we make comes with another surge of developers who want to be a part of GameClub.

OEMs and similar are more interested in our plans on Android, and reaching some level of parity in our library between Android and iOS is a major milestone we’re actively working towards as part of that.

Any stretch goals you can share? What about shipping hardware with these games embedded?

Now that we’ve established a baseline of truly killer content for GameClub subscribers to experience, the next thing we are working on is including new games that were never released on mobile.

There are many games which originally started as mobile projects which at some point in the development journey shifted to target the Nintendo Switch or Steam instead because of the greater opportunity that existed for premium content on those platforms - even though those titles were clearly built for touchscreens.

We’re actively working towards bringing these obvious mobile experiences back to the App Store now that a revenue model exists where they can succeed. As GameClub begins to scale we’re going to be investing in original content as well, which we can’t wait to start producing.

As far as hardware with GameClub embedded is concerned, that would be awfully cool, wouldn’t it? We’re open to it, but nothing to announce just yet.

You can find out more about GameClub via its website.

The service is priced at $4.99 a month with a free first month, and ‘cancel whenever’ option.

GameClub brings its subscription service to Android in March