"The production was around eight months in total" 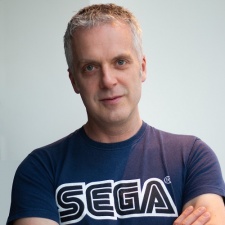 This week we spoke with Sega Hardlight game director Paul Twynholm surrounding the development and release of bringing back the classic game ChuChu Rocket on mobile.

PocketGamer.biz: Can you start off by telling us about ChuChu Rocket Universe?

Paul Twynholm: ChuChu Rocket Universe is the sequel to the much-loved Dreamcast classic ChuChu Rocket. The core concept is the same as the original with the player responsible for safely guiding ChuChu (space mice) to their rocket while avoiding KapuKapu (space cats).

There are two distinct game modes: a chilled-out single-player puzzle mode and a manic multiplayer party mode. On top of that, the title has some unique innovations that help to give the game an identity of its own.

We already had the heart of the game design, concept art, and a tech demo which reduced risk and helped us to hit the ground running.

The Sega Hardlight studio has been bringing Sega games to mobile for about a decade now. We frequently talk about what Sega games we love (old and new) and what we would do with them if we were to get the chance to bring them to mobile.

We have been lucky enough to work with some classic IPs including Sonic and Crazy Taxi. One concept that was discussed almost 10 years ago was moving ChuChu Rocket to full 3D, creating puzzles on a variety of different shapes and sizes.

The production was around eight months in total, so relatively short. We already had the heart of the game design, concept art, and a tech demo which reduced risk and helped us to hit the ground running.

The core team was made up of approximately 15 people however we pulled in additional support to help out with UI and art, which made the team almost double in size at the peak of production.

The move to full 3D environments threw up challenges for everyone in the team. The engineers had to determine how to implement the pathing for each different shape. Art had the challenge of creating a large number of planets themed on a variety of themes ranging from decadent cakes to the depths of the ocean.

Not only did the planets need to look stunning, but they also had to be easily readable by players. The goal for the design was to find the sweet spot where the player is constantly challenged but never overwhelmed.

During the production of a game, I love it when members of the team show off something interesting or cool to the rest of the team and get a reaction from them. With ChuChu this happened frequently through development which created a buzz of excitement within the team.

This is reassuring during development as all those individual moments are then wrapped up in a package for the player to experience as they play.

Why did you feel Apple Arcade was the right time to bring back the Chu Chu Rocket series?

Apple Arcade was such a good fit, it just felt right. The team had the freedom to be creative with the design, making an experience that feels fresh and unique.

Apple Arcade games can also be played seamlessly across all Apple devices. More so, with the addition of controller support, this meant we could make something that could be played while on the move and on the big screen at home - giving a nod to the game’s console roots.

I’m really proud of what the team achieved. It does enough to honour the original while taking the franchise in a fresh new direction.

It was not possible to soft launch on Apple Arcade so a lot of effort was made to test the game internally. It was great (and also painful) to watch playthroughs.

With puzzle games, players commonly blame themselves rather than the game, typically saying: "I'm not good at puzzle games". Therefore, once finding a problematic level, we would break down the complexity within and add additional levels prior to this to introduce problems and solutions incrementally.

For many of us on the team who grew up playing Sega games, it was a special moment to work on ChuChu Rocket and I think this love and enthusiasm comes across when you play the game.

I'm really proud of what the team achieved. It does enough to honour the original while taking the franchise in a fresh new direction. The reception seems to be mostly positive too. Hopefully, we managed to please some old fans as well as bringing in some new ones too.

It's fascinating to see how Apple Arcade will develop and we plan to support both ChuChu and Sonic Racing. So far, we've focused on ensuring the games are working well across all Apple Arcade platforms. We will also be looking at both games to see where we can make improvements and deliver new content.

I can't say what we will be working on next but hopefully, with the release of ChuChu Rocket Universe we have ticked a box out there for ChuChu fans. I think there is a growing demand for classic Sega games to be brought back to life and as a fan of many of those games, that's fine by me!

Previously we spoke to Sega regarding the seven-year anniversary of Sonic Dash and why the game is showing no signs of slowing down.