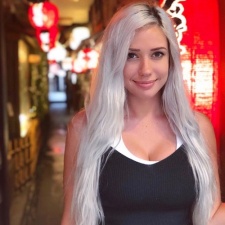 In the lead up to International Women's Day - taking place on March 8th, 2020 - PocketGamer.biz is spotlighting a number of women from the games industry under our Jobs in Games series, all this week.

Each profile will bring along a certain set of expertise, a different background, and a wealth of knowledge to be shared with all. Most importantly, for women looking to join the industry, there'll be some key information on how to get started, and vital bits of advice for making the jump into games.

We are kicking off the week by speaking with Rooster Teeth content creator Alanah Pearce about how she managed to break into the US games industry from Australia, as well as juggling her many other roles including writing, host, voice acting and more.

Alanah Pearce: My literal title is 'content creator' which is... exactly as broad as it sounds. I largely consider myself a producer, which means coming up with concepts for content to make, how to execute on those concepts, and how to attract audiences to them, too.

I wrote a paragraph in this old diary saying I was going to move to San Francisco and work for IGN, and after that I'd work for Rooster Teeth.

I'm also a writer, host, voice actor, editor, and a myriad of other things too, but video production is my main job and has been for the last five years.

I've played games since I was four, so I can't tell you how I got into the medium itself. It has just always been a part of my life.

In terms of my career, I started out as a volunteer writer, progressed to freelance, then part-time, then expanded into video hosting when I recognised that was the direction the 'games media' industry was headed in, and my best shot at being as employable as possible.

Hosting and editing slowly gave me the production skills, and that’s how I ended up where I am now.

Honestly, yes! I'm almost aggressively passionate, and when I was still working in the Australian games industry, I wrote a paragraph in this old diary saying I was going to move to San Francisco and work for IGN, and after that I'd work for Rooster Teeth. It’s definitely still wild to read back on that, but that's exactly what I did. I put my all into it, so I definitely saw myself here.

I studied a bachelor of mass communication majoring in journalism and entertainment. I don't think a degree is totally necessary for someone striving to get into my side of the games industry (being media focused rather than development focused), but studying both copyright law and marketing as part of my degree have both repeatedly helped me.

I love working with teams, and my career allows me to work with a lot of totally different ones on a lot of different projects. I think I learn best from other people, so I'm glad I went down the path I did rather than becoming a solo YouTuber or streamer, but that’s just me personally.

I think I still get told on a daily basis that I'm only successful because of the way that I look, when the men around me, who in some instances haven't worked half as hard or had half the experience I have had and yet have had more success than I have, have never been told that.

Honestly, I wish I’d known how accepting and helpful people inside the industry could be.

The reception to women in games has gotten far, far better over the near-10 years I've been working in the field, but the absolute misconception that I don't deserve my job has never gone away.

When I first started out, I was rejected by a few companies I wanted to work for because they didn't want a 'gamer girl image' to influence their brand. That was a huge bummer for me starting out but has almost definitely faded away now.

The other enormous difficulty for me was knowing that I needed to move to the US to fully be ingrained in the industry, just because I felt the Australian industry was a little too small. The visa process is a huge pain, but I’m glad I did it.

Honestly, I wish I'd known how accepting and helpful people inside the industry could be. People are so willing to offer their time to show you things, and when I first started out, I'd never even considered asking.
I’m glad I've learned that now.

I've been to studios and sat in their writers rooms to get a better understanding of how games are written, for example, just by reaching out to someone and asking. Anything you don't understand, someone will almost definitely be willing to teach you.

If you're a woman looking to work in the games industry, just get started! Figure out how to pair what you're passionate about with what the industry has to offer, too.

Say you really like art - maybe you could be a concept artist on a game. Start posting your art on twitter for free! If you want to work in audio engineering, try volunteering at a community radio station. If you want to be a writer, start a blog.

You don't have to stroll right into a paying job - I was largely volunteering for two full years - so just get the skills where you can and work your way up.

PocketGamer.biz will be releasing a new profile every day this week to celebrate International Women's Day 2020. You can keep up to date with them all here.

Women in Gaming: Kitfox Games' Victoria Tran on shifting from healthcare PR to the games industry