"When I joined Kwalee, I was one of only two women in what was approximately a 20-person office." 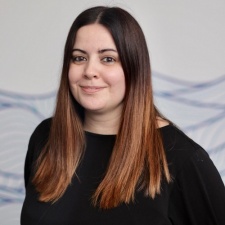 In the lead up to International Women Day - taking place on March 8th, 2020 - PocketGamer.biz is spotlighting a number of women from the games industry under our Jobs in Games series, all this week.

Each profile will bring along a certain set of expertise, a different background, and a wealth of knowledge to be shared with all. Most importantly, for women looking to join the industry, there'll be some key information on how to get started, and key bits of advice for making the jump into games.

Today we are speaking with Kwalee talent acquisition manager Verónica Miñano about how since starting at the studio she has helped to bring in more female personnel and wants to encourage this across the industry.

Verónica Miñano: I'm the talent acquisition manager at Kwalee, which means that I'm responsible for making sure we can find the best people for every department, based not just on technical ability but also in terms of personality fit.

I started our talent acquisition department back in 2016. Until then, all our recruitment was done through agencies. At the time we only had 20 people, however we are now up to 70 with 25 open positions. In light of this rapid growth, it is particularly important for us to expand in the right way and to ensure that Kwalee remains a great place to work for every team member.

Before joining the games industry, I worked for an engineering company back in Spain for more than nine years. We mainly worked on aerospace, aeronautical, automotive and defence projects, with clients including Airbus, Indra and Boeing. It was in this environment that I became more specialised in human resources until I was made manager in both the field and recruitment.

I then moved to the UK with my family and quickly learned that the nearby Leamington Spa was a huge gaming hub. I found Kwalee, fell in love with this industry and keep finding new things to be inspired by on a daily basis.

Not at all! People still tend to think of the games industry in terms of more traditional, technical roles i.e. programmer, designer, etcetera. and I probably thought this too. But there's a far greater diversity of roles in the industry than I knew, which is something I'm now eager to share with as many people as possible.

It's so much more relaxed, experimental and creative here compared to the more rigid environments I've worked in previously. A key example of this would be Creative Wednesdays, where we give anyone in the company – regardless of their position – the chance to pitch their own game ideas, which can then get developed and released.

I love playing the kinds of games that Kwalee creates but I never would have considered myself a hardcore gamer. That I now work in an environment where I can pitch games that actually get made is something I could never have imagined.

I studied psychology at university, followed by a Master's degree in human resources and additional vocational courses throughout my career to keep improving.

From a recruitment perspective, I'd say that it's very much dependent on the role. Some disciplines benefit from an academic grounding more than others, but there are few for which it would be considered a hard requirement. We have people at Kwalee both with and without degrees and this is rarely the decisive factor in whether we hire someone.

Whether or not you have the educational grounding, the attitude is the most important. You might have an amazing degree but companies will want to see your passion through personal projects and other activities outside education.

I love my job, so this is difficult! I particularly enjoy the interview process, since we're often looking for such different skill and personality profiles depending on each role. Meeting such a diverse range of people and seeing their enthusiasm to be part of what we're building here is always fantastic.

I also feel great pride when looking around at the incredible team we've built so far, knowing that I played a part in creating it.

What do you find are the most common misconceptions, public or professional, about women working in games?

The biggest issue is that when people tend to think of games - whether playing them or developing them – they think of men and boys, not women and girls. People assume there won't be many women working in games companies, which is of course grounded in some truth and remains a stark reality at some studios. However, most now thankfully recognise that it shouldn't be this way and great strides are being taken to change things.

The studios need to do what they can to foster an open environment but it needs to start even earlier than that.

When I joined Kwalee, I was one of only two women in what was approximately a 20-person office. We recognised that this needed to change and the situation has now changed dramatically with a lot of really talented women working across nearly every department.

Kwalee has grown to over 73 staff, but we're proud that the number of women here has massively grown too, and is something we continue to strive towards. The industry as a whole is now recognising this too, with advocacy groups like Women in Games (which some of Kwalee's great women are getting involved with) doing great work to push things even further.

One would be that game developers tend to naturally favour working on the kinds of games they personally like to play (often triple-A console and PC titles) without realising the massive potential we have here in mobile and specifically in hypercasual.

Being part of a triple-A game can involve working on tiny aspects for months, with little sense of how that connects to the wider project. On mobile, especially in hypercasual and with our Creative Wednesdays, it's possible to have a great impact on a project from start to finish.

My answer to this is quite simple: I wish I knew how many opportunities there were in this industry, so I could have started to explore them earlier. If I have one hope, it is that more people like me can discover the games industry earlier in their careers and to consider it as a serious option for them.

It needs to start with awareness at schools, colleges and universities. The studios need to do what they can to foster an open environment but it needs to start even earlier than that.

For example, my sister is a programmer and was one of the only women on her university course. While this remains commonplace, it's no surprise that finding female programmers is difficult. The big push will come from education. But of course, the industry bears responsibility here too.

Talks at colleges, universities and even schools from video game professionals are really helpful and should help things to move forward even more. There is no doubt that it's getting better, but we can and should improve more by working hand in hand with the education sector.

Don't feel intimidated. I understand the perception of this as a completely male environment, but it is not like that at all. People tend to be very friendly and open. Whoever you are, you will find like-minded people in this industry.

Any fears I had about this industry disappeared once I was in it, and I wouldn't advocate for other women to join the industry if I wasn't confident that they would feel the same way.

Kwalee is currently hiring for multiple positions. You can find out more information here.

PocketGamer.biz will be releasing a new profile every day this week to celebrate International Women's Day 2020. You can keep up-to-date with them all here.