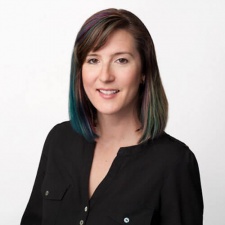 Kellee Santiago: As the head of developer relations at Niantic, I work as an ambassador between Niantic business development, platform and the developer community. I love being able to work with different teams such as engineering, product, and marketing to continue building the future of augmented reality and creating memorable real-world experiences through our products.

I've always played video games from a very young age. My father, who was a software engineer, had a computer in the house and always encouraged me to experiment with it.

After graduating with my Master's degree in interactive media at the University of Southern California, I co-founded my own studio, Thatgamecompany, with the vision of pushing the communicative possibilities of video games as a medium.

I found myself intrigued by the challenges of creating new experiences for games in VR and AR and was so excited to join Niantic.

Since then, I've co-founded an angel investment fund called Indie Fund, became a co-organiser of the Independent Games Summit at GDC, was Chair of the awards committee for IndieCade and became a partner development manager at Google Play Games.

I basically became obsessed with helping developers make incredible, unique games! I found myself intrigued by the challenges of creating new experiences for games in VR and AR and was so excited to join Niantic. It just felt like the perfect combination of all my interests and my goal to continue supporting developers create games that can truly augment and change the way we experience the world around us.

As a kid, I never connected games and their developers so it didn't strike me as something I could pursue as a career. I was always drawn to the arts so I studied theatre, dance and music but still felt like there was something missing. When I pursued my degree, I was introduced to game development and there it was - the missing piece I had been searching for all along. I love how making video games calls upon so many different disciplines.

I attended New York University's Tisch School of the Arts, where I became involved in experimental theatre. I was particularly drawn towards incorporating interactive and digital media into my work at the time, which led me to pursue an MFA in Interactive Media. However, my experience at the University of Southern California is where I truly developed the belief that games can simultaneously be engaging and wildly entertaining.

Jenova Chen and I found each other there and bonded over this same passion. I wanted to bring his visions into the commercial video game market. My career in games then coincided with the birth of the independent games movement, where I met so many incredible game makers and also saw how the business of games can affect who gets to make what kinds of games.

This led me to co-found Indie Fund, and angel investment fund for independent developers. I built on both Indie Fund and thatgamecompany to move into publishing and developer relations at Ouya, which meant I went from working with a couple of developers at a time to hundreds.

For aspiring professionals, there are the obvious cornerstones of game making - programming, game design, storytelling, art and sound design. But, on top of these, I would recommend taking courses on leadership, collaboration and production. So much of what can make or break a game comes down to two areas - managing team dynamics and enabling creativity while on a budget and schedule. The more you understand these two things, the more successful you are going to be.

I've been a fan of Niantic since Field Trip (an app that told users about nearby landmarks) way back in their early Google Days. Niantic has always viewed the world differently and their continued mission to provide dynamic ways to connect the digital and physical world is a mission that really resonates with me. I want to use technology and discover new ways to make the world a better place and Niantic lives by this same ethos.

To be able to work at a company that pushes the boundaries of geospatial technology and real-world gaming, it has been an extremely fulfilling experience and only leaves me excited for the years to come.

With Pokemon GO being a humongous success, were there any particular moments that have stood out during your time?

If you have ever had the opportunity to observe the community at a Pokemon GO Fest, you'll get a glimpse of how AR technology can transform the way we interact with the world around us. Through the Niantic Real World Platform, which is responsible for enabling hundreds of millions of players to experience the best of AR through Ingress.

While Niantic’s products have created engaging experiences that blend the real and digital worlds, we’re just barely scratching the surface of what these technologies are capable of.

Through Pokemon GO and Harry Potter: Wizards Unite we were able to build on the Niantic Creator Program that empowers creators to develop innovative AR experiences on the Niantic Real World Platform. I'm always excited to collaborate with the developer community to discover the innovative ideas they bring as we build the future of immersive augmented reality.

Starting out in games with my own company, I had to wear a lot of hats and learn about every facet of game making. From design and engineering, all the way through marketing and distribution. I didn't realise it at the time, but it gave me a very unique knowledge base into every aspect of game development - plus, thatgamecompany specialised in innovative and new types of games, which is its own skillset. However, it can be hard to describe exactly what it is I do!

I know how to empower developers to make games no one has seen before. That starts with the first conversation you have with them, through contracts, production and development, all the way to publishing and distribution. In order to make it happen, I have to do a little bit of everything, which is what gets me excited to come to work every day. Every game is unique.

Making games isn't easy! To take that first step in creating a video game unlike anything you've seen requires a lot of faith and confidence. It can be extremely challenging to know where to start, and the development process along the way is a tumultuous one.

You need to surround yourself with the kinds of people you would trust in an expedition, who will be there to lift you up when you feel down and vice versa.

Be brave and just go for it. There is no such thing as a bad idea! While Niantic's products have created engaging experiences that blend the real and digital worlds, we're just barely scratching the surface of what these technologies are capable of.

We're looking to you, the developers, to tell us how you want to push the technological boundaries and re-imagine the world to enable experiences that transform how people explore the world, connect with each other and move their bodies.