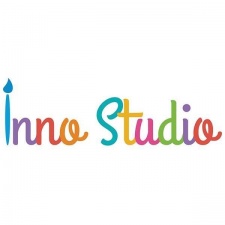 Back in August, hypercasual extraordinaire Voodoo ran its first game dev competition. The company allowed independent studios and developers all over the world to submit a game and be in with a chance of winning $100k and a publishing contract.

In October, the competition came to a close and Voodoo unveiled the winning studios and the games they submitted. One outfit to snag the grand prize was Inno Studio, a UK-based company. Inno's winning title was 'Stair Run', a hypercasual obstacle game.

PocketGamer.biz caught up with Inno Studio co-founders Alex Grinkevich and Evan Yu, to discuss how they got involved with the competition, the history of their studio, and how partnering with Voodoo has allowed their business to thrive.

PocketGamer.biz: How did you first hear about the runner competition?

We first heard about the runner competition from Voodoo’s weekly livestream, which is available to all the studios that are working with Voodoo, and which provides regular updates on recent market trends, case studies from successful games, advice on how to make games better, among other things.

How do you plan to use the reward for your studio?

Apart from rewarding our team, which worked extremely hard on the game, we also plan to invest the funds back into our studio as we’d like to expand our team and grow our technical abilities, enabling us to create more hits in the future.

How did your company first get started?

Evan and I are high-school friends. After university, I was working in finance and Evan in law, but both of us became really interested in app development and eventually decided to start a company together.

Initially, we didn’t develop hyper-casual games, but focused on native apps for iOS - e.g. 3D/2D coloring book apps and some Augmented Reality games. These projects had some success, but as we were looking at the broader market it was clear to us that the hyper-casual genre had emerged as a clear leading and fast-growing category and we decided to pivot our company to making hyper-casual games.

Both Evan and I are avid gamers and always had interest and passion for games, and both of us play games regularly across lots of platforms such as PC, console and mobile.

Looking at the market in late 2018, it was clear to us that the hyper-casual genre has established itself as a very promising, and growing segment. It was not just a passing trend.

Making hyper-casual was particularly appealing to us because such games focus heavily on a core mechanic, have relatively short development and iteration cycles and it’s possible to create a very successful, engaging product without a large team. In addition, we already had some experience with making games, so we decided to reorient our company to focus on the hyper-casual genre.

Our partnership with Voodoo began in late 2018. We researched what’s required to develop a successful hyper-casual game, and it was clear that partnering with a great publisher was the key requirement, so we began looking for one.

Voodoo stood out as a clear market leader, both in terms of the success they had with a very large number of hit games published and also in terms of the resources, the know-how and other help they offer studios during the development process.

Voodoo has offered us a tremendous amount of support throughout the whole of the game development process.

To begin with, Voodoo offers its partner studios lots of educational resources critical to understanding what’s required to make successful hyper-casual games, and these resources are available in a very easy to use online platform. These resources are constantly updated and are especially valuable because they draw on Voodoo’s own experience with real hit games. These educational resources were very important when we first began developing hyper-casual games, but even now we frequently refer to them to refresh our knowledge.

Voodoo also regularly provided us with insights into the trends in the hyper casual market, in terms of what mechanics and kind of gameplays are working, and what ideas are currently marketable and where the market was heading.

Another valuable support from Voodoo was regular feedback on our game ideas. For us as developers, it was very helpful to hear Voodoo’s thoughts on our gameplay prototypes, and they often offered great ideas for improvements, which, again, are driven by their extensive experience of working on a large number of hit games.

Finally, testing is a very important aspect of hyper-casual games development and Voodoo offered us a very easy-to-use platform which enabled us to quickly test and iterate on our ideas, all driven by data.

Partnering with Voodoo has been very beneficial for our studio. Working with Voodoo has given us the freedom to not have to worry about other aspects of the business, such as marketing and distribution and to focus on what we enjoy the most - developing games and prototyping.

It’s important to not get overly attached to prototypes that are not likely to be hits if the data is not encouraging.

The key to making a successful hyper-casual game is to develop a great core game mechanic. This core mechanic then needs to be novel to be marketable and it needs to translate into engaging and satisfying gameplay.

Testing is an extremely important part of hyper-casual game development and enables us to quickly see whether a game prototype has potential very early in its development cycle. This has very significant benefits, as we can quickly see which prototypes are worth focusing on more and not to spend a lot of time on projects that are not likely to succeed.

We have 2 main goals over the next 12 months. The first one is to continue to improve Stair Run, working closely together with Voodoo. Our team has a lot of ideas for new features and improvements for the game, and we can’t wait to bring them to our users. The second goal is to develop new hit games. We believe there are a lot of unexplored and interesting mechanics out there, and really look forward to working on them.

Do you have any advice for others?

Although it might seem hard at first, it’s important to not get overly attached to prototypes that are not likely to be hits if the data is not encouraging, and to always keep on testing new ideas and iterating.

Our main advice is that you need to develop a ‘prototyping mindset’, i.e. test early and to test often. The sooner you learn whether your prototype has hit potential, the better, because you can focus your team’s resources appropriately and will have a much higher chance of success.