How The Chinese Room was acquired by Sumo Digital 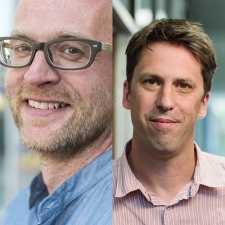 Dan Pinchbeck is the creative director at the British-based studio The Chinese Room. The firm is a subsidiary of Sumo Digital.

It's near-impossible to go a week without a company either being acquired, sold or split apart in the games industry. Monopolisation is naturally a concern but on the other hand, security for smaller studios can bring with it a wealth of benefits for both parent and subsidiary.

The conversation and decision-making that leads to an acquisition being made is one that doesn't take place simply overnight. It's one that requires numerous pieces to be placed accordingly before the final go-ahead can be made. All that's normally shared will be the announcement, none of the inner workings.

So, to shed a little light on what goes on behind-the-scenes, PocketGamer.biz will be speaking to a variety of companies under our semi-regular Done Deal series, which will look into strategy, long-term goals and the ongoing hurdles of making an acquisition.

Kicking off the series, we discussed Sumo Digital's acquisition of The Chinese Room in August 2018 for £2.2 million ($3.05 million), with studio director Ed Daly and creative director Dan Pinchbeck.

Ed Daly: For Sumo, The Chinese Room was an opportunity to bring a distinctive creative reputation and track record for new IP into the Sumo family. It was also an opportunity to tap into talent in the south of England, and from further afield given the appeal of Brighton.

Dan Pinchbeck: For us, it was quite simple really – we wanted to grow the studio and make more ambitious games. Joining Sumo let us do that, as well as being part of a larger infrastructure of HR, finance, legal, development frameworks, recruitment, those things which are really hard for a smaller studio to manage whilst focusing on development. We met Carl Cavers and Paul Porter and got on really well, so it just felt like there was a clear mutual understanding and benefit to us joining the Sumo family.

Last year we secured and fitted out a stunning new studio in the heart of Brighton, naturally we look forward to being able to enjoy it after this year of home working.

Ed Daly: The goal was simply to start growing the team and bring those ideas into existence, starting with Little Orpheus. The process took a few months and was straightforward.

Dan Pinchbeck: As Ed says, the goals were pretty straightforward. We wanted to be up and running and making games as quickly as possible. An acquisition is always a bit of a lengthy process, because there’s a lot to get right – both sides want to be completely sure it’s the right thing to do. I guess it was around eight months, start to finish, and we were in development on Little Orpheus within 24 hours of completion. That was the best bit really!

Ed Daly: The team is now 50 plus and constantly growing, we have some amazing talent and are building capability for bigger projects. Last year we secured and fitted out a stunning new studio in the heart of Brighton, naturally we look forward to being able to enjoy it after this year of home working. And generally being part of Sumo means we get all the kit, tools and support we could ever need.

Dan Pinchbeck: And new games, really. We’ve been able to make the move into development I don’t think we’d have been able to before. Not just larger, more ambitious titles, but shifting genres as well, like a mobile platform adventure like Little Orpheus.

That was about access to people with different industry experience, particularly in code and production. And we’re currently working on projects which show how we’re evolving within Sumo, so that’s really exciting. I’ve always wanted us to be a studio that’s known for creative ambition and it was time for us to shift gears. Sumo has enabled us to do that.

It was previously confirmed that The Chinese Room has increased its team size by a factor of ten since its acquisition by Sumo Digital. Could this have been possible without the studio's purchase?

Dan Pinchbeck: I very much doubt it. It’s so financially stressful being a small indie and you really need experience for growth, which we didn’t have. That was a core part of the acquisition for me, that I wanted us to develop as a studio and I didn’t think we could do it if we continued as we had. And it’s great to be larger now, there’s a spread of specialism we just couldn’t afford when we were small.

Prior to the acquisition, The Chinese Room made significant layoffs to staff. How much did this influence putting the company up for sale?

Ed Daly: It wasn’t that the company was ‘up for sale’ as such, rather the opportunity arose through conversations between Dan (Pinchbeck, TCR founder) Carl (Cavers, Sumo Group CEO) and Paul (Porter, COO).

Dan Pinchbeck: A lot of studios, particularly the smaller ones, went through bumpy patches around the same time as us. I didn’t ever want to be in that situation again as it was horrible for everyone concerned.

Being part of a larger company definitely brings security that I felt was important – being about to offer that to team members is really crucial. Sumo has a very good reputation in that regard which was one reason the conversation went so well.

Ed Daly: Yes, simply, in that being part of Sumo means the studio can take on more ambitious projects than would be possible, at least as quickly, for a small independent business.

The Chinese Room's latest title, Little Orpheus, was an Apple Arcade exclusive for mobile. How did this come about and the decision to make a mobile game after the studio's console and PC history?

Ed Daly: The timing was perfect. Just as the acquisition was concluding the opportunity to fund development of Little Orpheus came through Apple Arcade, and we were delighted to bring Ivan and his adventures to Apple’s devices.

It felt like validation of joining Sumo, and it meant we hit the ground running in terms of rebuilding the studio.

A game like Little Orpheus, with such a rich world, the lush orchestral soundtrack, isn’t something you’d expect to find on mobile devices, and wouldn’t have suited IAPs or in-game ads, so this was only viable because of the Arcade service.

Dan Pinchbeck: The world and story of Little Orpheus existed before the acquisition and I’d been looking for a way to bring Ivan to life, but it felt like it wasn’t getting any purchase. When the Apple opportunity came up, it was right on top of closing out acquisition and Paul (Porter) called me and said "we’ve got a chance to pitch for Apple Arcade, what have you got that could work?”.

The original gameplay for Little Orpheus was wrong but the world felt completely right, so we did a quick revision to fit the world to something mobile friendly and took it over – to be honest, it was one of the smoothest, easiest pitches and signs I’ve ever been involved in! It felt like validation of joining Sumo, and it meant we hit the ground running in terms of rebuilding the studio. That was pretty amazing.

Do you think acquisitions in the games space will continue at the rate they did in 2020?

Ed Daly: Game businesses have gained value through the dreadful events of 2020 which may have factored in some of the deals. While the reasons behind the recent boon in home entertainment will hopefully fade with the pandemic, games are more entrenched than ever in people’s lives.

We have new console platforms, emerging markets to grow and despite the broad economic challenges, whatever the year-on-year comparison, I’d expect that Sumo and others will continue to look for opportunities through 2021.

Dan Pinchbeck: No, we’ve got a great team, we’re making really interesting work and last year proved without question that Sumo are a people-first organisation. Their response to the pandemic was outstanding, and our team feels really supported and enabled.

That’s worth a much amount to me, so it’s been great all around. We just want to continue adding great people to the team, so we’re always looking for new folk to check the jobs available and get in touch.

Ed Daly: As the Sumo and The Chinese Room case demonstrates, there are many good reasons that these deals can work for everyone. More broadly, there’s no problem with consolidation in the industry as long as there remains healthy competition, especially with the platforms that control access to consumers.

Dan Pinchbeck: There’s no one-size-fits-all. Some studios are fiercely independent and make amazing work because of that, and there’s no particular reason why they should merge or sell-up. For others, like us, it was the right thing at the right time and it’s enabled us to evolve and grow.

Understanding why you are coming to the table and what you want to get out of it is crucial...

Ed Daly: Of course, every case is different, but for those being acquired, it can be a chance to retain what’s important and divest the rest, so on the other side there can be an immediate improvement in the day-to-day.

In the case of an independent developer that may mean retaining creative autonomy but losing the headaches that come with running a small business. For those acquiring a developer, there can be many rationales of course, but in many cases, some advice would be to set up the principle individuals to achieve greater success as part of your business than they could achieve on their own.

Dan Pinchbeck: Like most things in business, it’s all about relationships. Trust, mutual respect, openness about what both parties want, honesty and transparency, these are all critical factors. You’re going to be working together long-term in most cases, so you want and need that relationship to be the best thing it can.

As Ed says, understanding why you are coming to the table and what you want to get out of it is crucial – it’s a big thing for both parties – but fundamentally games are made by people and you need to know you are going to work well together. Without wanting to be too cliched about it, life is short and game development is tough, so those relationships and the environment they create are fundamental.