Facebook sits down with Gameloft to discuss cloud gaming 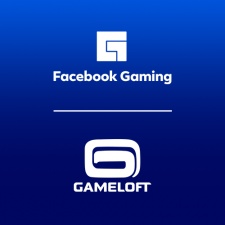 In October 2020, Facebook Gaming launched its cloud gaming platform, accompanied by several cloud-streamed games on both app and browser, changing the way users could game on Facebook, enabling instant play with no install requirement.

Since then, Facebook Gaming continues to scale its cloud partner and game portfolio and is preparing for the expansion of its cloud platform into EMEA in 2022 and other regions in the near future.

When did Gameloft first start investing in cloud and when did you launch your first title?

Guilherme Lachaut: We started last year (2020) with the launch of Asphalt 9: Legends, our flagship racing title. Asphalt 9: Legends is a very demanding game and we were very pleased to see how well it ran on Facebook Gaming’s cloud infrastructure.

The game is a technological icon and we were thrilled it was among the first games on the service.

Given cloud is a new platform for Gameloft, what attracted you to Facebook Gaming? How does this fit into Gameloft's vision/strategy?

Guilherme Lachaut: Gameloft always strives to be at the forefront of industry innovations and changes. Our strategy is to bring our games to players wherever they are. All we want them to do is have fun while we figure out how to allow them to play seamlessly.

Facebook has built a unique community, connecting over 2.9 billion people.

Fast forward to 2020 and the launch of Facebook Gaming’s cloud platform, we felt it was a unique opportunity to reach new audiences that did not necessarily have the opportunity to play our games.

We also really embraced Facebook’s vision of taking it slow and progressively rolling out the service to ensure players actually had the best experience possible.

Guilherme Lachaut: We have had a unique relationship with Facebook since the launch of the service. Being able to collaborate as a launch partner was very insightful to understand what Facebook wanted to build.

Facebook has been very involved from both a technical and partnership perspective to make sure we had all the support and information needed to bring our games to the platform. We have a very strong relationship and our teams work together on a daily basis. It is amazing to see our teams work as one towards launches.

Gameloft has a very extensive portfolio of games, ranging from casual mobile games to cross-platform games. As we are convinced of Facebook Gaming’s potential, we wanted to bring our most successful games to Cloud and to test different genres of games.

Our intention is to continue releasing more cloud games on Facebook Gaming, with learnings from our current live games, we’re starting to better understand what games resonate with this new audience.

Can you share more about Gameloft's game portfolio on Facebook Gaming? Are certain titles or genres seeing more success?

These games are all very different, from a more hardcore MMO to Arcade Racing and dragon breeding. Currently, our most successful game is Dragon Mania Legends which benefits from being released early on the platform and also offers more accessible gameplay. All of our games are performing above our expectations.

What was the onboarding process to Facebook Gaming like? How long did the integrations take on average?

Cosmin Despan: Everything was smooth, starting with shy onboarding calls that quickly evolved to discussing pertinent topics as the development moved forward. The Facebook team we worked with were really there for us: offering support and solutions.

The development time varied from game to game and earlier integrations took longer but now, after six launches, we really know the process and we would say it takes about 8 weeks from beginning to end.

Typically, the projects had around two core developers, plus a couple of satellite resources that were overseeing the implementation for various game systems.

What are some of the exciting social features that Gameloft has integrated into its games?

Cosmin Despan: We have integrated Player Finder, Messenger Notifications, Incentivised Gifting and we are also planning to add Sharing for Gaming.

For us, one of the most interesting features was using Messenger as a means of communication between players, for friends invites or gifting.

What’s next for Gameloft on Facebook Gaming? Any new product features or games launching in the near future?

Guilherme Lachaut: We are looking forward to the expansion into Europe early next year. It will be exciting to see how the platform evolves with its increased reach. We will be looking into leveraging Facebook’s social features to increase the social elements of our games.

We are constantly publishing new games on the platform, such as Minion Rush. Spoiler: you should also see SongPop 3 very soon as a cloud game.

Our midterm objective is to launch cloud games on Facebook Gaming at the same time as other traditional platforms.

Expectations around games are that they should be playable anywhere and we feel Facebook Gaming’s cloud platform is definitely part of the path to deliver on that promise.

What recommendations do you have for other developers looking to invest in Facebook Gaming?

Cosmin Despan: Be upfront with all the issues during development and build a strong synergy with the Facebook team.

Everyone is eager to help and wants to achieve the most out of the new cloud gaming platform, so at the end of the day being here from the start will turn out to be beneficial in the long run.

The word on the street is that “cloud gaming is the future,” so any developers curious to explore this subject should consider Facebook as a good starting point.

Through this partnership, a total of seven Gameloft cloud games have launched on Facebook Gaming. Close collaboration has fostered a transparent & agile working relationship, resulting in an efficient game development process. With a look to the future, Gameloft intends to launch additional flagship games on Facebook Gaming, alongside taking advantage of the social features the platform has to offer to reach new audiences.