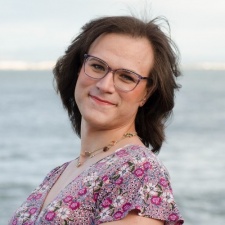 At PocketGamer.biz, we want to profile the many incredible people from all walks of life that are critical to the success of the mobile games industry.

In our Progressive Play series, we discuss finding a place in the games industry, the various challenges faced, and what needs to be done to make games more diverse.

Today, Lilly Contino announced that she is a trans woman. We spoke with her about her professional history, representation of trans people within the games industry, and her proudest achievements.

Can you tell us a bit about your role at Ryu Games and what it entails?

Ryu Games provides the backend tooling for game developers to simply and compliantly enable skill-based competition and esport tournaments in games with real cash prizes. I am the business development lead and run studio and publisher partnerships for mobile, PC, and console. I'm often the first contact game developers will have with Ryu, and love working with studios to add a skill mode to their existing game.

You made the switch to work in the games industry fairly recently. What made you decide to make the change?

Before switching to games, I worked in the Jewish non-profit world. I was primarily an educator/administrator and also spent some time fundraising. Non-profit is great because you can make a huge difference in people’s lives, but the burnout is real.

I am quite proud of the culture I’ve helped build at Ryu Games - our culture is kind, open, honest, and inclusive

On the other hand, I’d been gaming since I was four years old but never considered it a professional possibility. I eventually found Lost Tribe Esports (a Jewish teen engagement non-profit), which hired me as their director of gaming. That experience helped me bridge the gap between personal and professional gaming and ultimately enter the games industry.

How do you expect the games industry, including co-workers, peers, and the wider industry, will react to your announcement?

I am fortunate to have incredibly supportive peers and co-workers who reacted with kindness and acceptance when I came out to them. Coming out to the broader industry, I hope to receive the same level of support.

Unfortunately, the games industry is still behind on many social issues. Many trans people are hesitant to come out, fearing losing their job or friends. There’s a lot of work to be done in this industry, specifically surrounding gender equality.

Do you believe that you will face additional challenges as a trans person within the games industry?

Absolutely. Internalised transphobia is tough to weed out, even among trans people themselves. We’re taught growing up that gender is inextricably linked to biological sex, and anyone who doesn’t feel at home in their assigned gender is wrong in some way. I struggle with this teaching quite a bit still.

These unfortunate dogmas lead to much mistreatment of trans people in the world. Trans people are fired, turned down for jobs, and shunned by their social groups just for being themselves.

I fully expect to be treated differently by some now that I’m out. Hopefully, those people will be few and far between.

What has been your proudest achievement during your time in the industry?

Coming out to the world goes up there on the list of things I’m proud of. Otherwise, I am quite proud of the culture I’ve helped build at Ryu Games. I was the first hire before any institutional funding, and we’re now backed by some incredible VCs and growing quickly. Our culture is kind, open, honest, and inclusive.

Not enough trans people are in visible business or leadership roles

How do you feel trans people are represented within the games industry, both in professional environments and the games themselves?

One of the significant issues is that trans people are simply not represented enough in professional environments. There are many trans people in the games industry, but not enough in visible business or leadership roles. The people in these roles interact more often with external partners and are more visible to the public. Promoting transgender hires in these roles is one way to normalise trans professionals in the industry.

In games themselves, it’s a bit more complicated. The larger gaming community has a broader range of prejudices that have prevented transgender representation from going mainstream in gaming culture. Look at The Last of Us 2; the vocal minority of homophobic gamers couldn’t even handle a lesbian character! There have been a few attempts at trans representation in recent years to varying levels of success. I hope that we get a trans protagonist for a mainstream Triple-A game in the next five years.

How do you think perceptions of the trans community could be changed within the games industry?

Like any community, there are many subcommunities that you don’t necessarily see unless you’re in the community. The trans community is incredibly diverse and filled with people from all backgrounds. There are non-binary folk, trans women, trans men, and so much more. We all have different stories, but we’re just people at the end of the day. And like anyone else, all we ask for is respect, empathy, and kindness.

Directly message the companies you want to work for, and keep your head up!

What advice would you give others in the games industry that identify as trans?

While the games industry has a long way to go regarding gender equality, some progressive companies (like Ryu Games) fully accept trans people and actively work towards a more inclusive industry.

To any closeted trans person reading this, I highly recommend reaching out to an established trans person in the industry. While coming out is never easy, having allies can make a big difference. I would always answer an email from a fellow trans person (lilly@ryu.games), and I hope other transgender folks would do the same.

Finally, what advice would you give to others looking to enter the games industry?

I would have never thought that I could work in games. I’m not technical, and my degree is in liberal arts. Now that the industry is growing, there is a need for professionals from all walks of life. Directly message the companies you want to work for, and keep your head up!