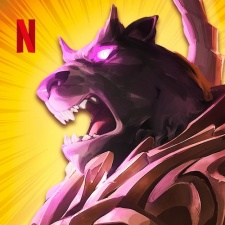 This week we spoke with Supercombo co-founder and CEO Remi Marchand about the myriad influences behind the Netflix Games-exclusive Arcanium: Rise of Akhan and how the studio stayed afloat during the COVID-19 pandemic.

PocketGamer.biz: Where did the initial idea for ARCANIUM: Rise of Akhan come from?

Remi Marchand: Josh (co-founder) and I are card game fanatics. Magic: The Gathering and Lord of the Rings LCG are some of our favourites, as well as many MOBA and RPG games. With our busy schedules, we no longer had the time to play all of these games any longer, and wanted to smash all these genres into one unique title that we could play over and over again, and that would scratch all of our itches at the same time.

As soon as Slay the Spire came in early access on PC we were drawn to it right away, and saw the huge potential. At the time, we were bouncing ideas around for our first game and came up with a pretty unique concept: composition of three heroes and multi-lanes (influenced by MOBAs), a top-down view and layout (Hearthstone), each hero being in charge of their own deckbuilding (Slay the Spire), the open-world concept (Skyrim), et cetera.

After a year in development and presenting the game prototype at GDC in San Francisco for the first time back in 2018, the game was received with great enthusiasm and we knew we were onto something. We expanded on the concept of open-world with a huge continent split in several zones and added multiple heroes until the game became the massive world it is now.

Right away, we knew we had something special

We started working on Arcanium around 2017 so it’s been four years in development. The team is mainly composed of myself (co-founder and artistic and game director), Josh Kohlmeier (co-founder and technical director), Jacob Rommann (senior developer), and Jaslynn Tham (artist and illustrator). Many other artists helped us as well, from music, concept art, and creative writing. We’ve partnered with amazingly talented studios like West Studios, N-iX, and Gamevision.

The biggest challenge by far was to sustain our studio financially during the last four years and during the global pandemic. There were so many ups and downs during that time, and this game almost never saw the light of day. We launched a FIG campaign back in August 2020 that brought some money to the studio, but it’s not until we signed with our publisher Rogue Games later in 2020 that things took a turn for the better.

When was the partnership with Netflix to publish the game first settled? How did this come about?

Our publisher has a long-standing relationship with Netflix and introduced us to them, and the timing couldn’t have been more perfect. At the time, Netflix was searching for great games to publish under their new Netflix gaming platform, and Arcanium caught their attention. A few months later, we started porting the game from PC to mobile and tablets.

Right away, we knew we had something special. Of course early on, during the prototyping phase, we saw the potential of Arcanium but it’s not until we really developed and refined the map exploration part of the game that we really started being proud of what we had made.

What can you tell us about your plans in terms of updates (if any)?

Up next is an update with three new heroes (Bjorn, Carrion, and Celeste), new artifacts, new neutral abilities, and a balance pass. This update is planned for Q2 2022.

We have a ton of ideas, and would love to tap into unexplored areas of the market

The next content update will see another set of three heroes and a new Arena Mode, which is aimed to be a fast-paced mode that focuses on combat and strips away the map exploration. After selecting a party of three heroes, the player will go on a series of increasingly more difficult battles until the run is failed. If the player defeats the last encounter, the run is won. Inbetween each battle, a shop will be available to purchase upgrades, healing and new cards. This update is planned for Q3 2022.

So far the launch has been great, we are currently working on stability issues that should be resolved shortly, but overall very happy with the feedback and reviews!

We have several opportunities that arose in the last few weeks including a new multiplayer competitive card game for a known franchise, a project for the crypto world, a unique first-person shooter game for PC, and more. We have a ton of ideas, and would love to tap into unexplored areas of the market. Our goal is to create unique experiences, go where nobody has gone so far and be as original as we can be and express our creativity to its full potential with no boundaries.