"The number of female designers in the games industry is higher than ever, but this doesn’t apply to developer and management roles" 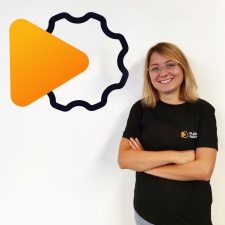 As part of our extended International Women's Day coverage, PocketGamer.biz is spotlighting talented women from the games industry throughout the week.

PocketGamer.biz spoke with Gökçe Nur Oğuz, CEO and co-founder of Playable Factory, who spoke on how women are joining the Turkish mobile games industry, encouraging the tremendous female mobile playerbase, and bringing more women into developer and managerial roles.

PocketGamer.biz: Can you tell me about your role as CEO of Playable Factory, and what it entails?

Gökçe Nur Oğuz: My role as CEO and co-founder is multi-faceted and has evolved many times since our early days. I like to keep active across every aspect of the company including team management and boosting motivation amongst employees, right down to overseeing product development. There’s so much more, but it’s hard to fit into a paragraph.

You studied mechanical engineering at Bilkent University in Ankara, Turkey. What spurred the decision to pursue a career in the games industry instead?

After completing my undergraduate degree in mechanical engineering, I went onto do a PhD in Fluid Dynamics - a subdiscipline of fluid mechanics that describes the flow of fluids, liquids, and gases. That might seem worlds away from video games, but even in fluid dynamics, I encountered gamification and gameplay projects, including one which aided supercomputers in solving big computational problems. A satisfying challenge.

Due to numerous barriers working against them, women tend to choose jobs that are safe, stable, and within established industries. Gaming isn’t a stable sector.

On a personal level, I’ve always been into games. Whether it’s playing board games and card games with friends or puzzles on my mobile phone. I’ve often found ways to blend personal with professional interests, and I 'gamify' nearly everything I do! When the gaming boom came along, and lots of my friends were working in the sector, it all came into shape.

My co-founder, Berat Oguz, and I spotted a gap in the market for creating ads that were fun, dynamic, and that enhanced gameplay, and our own special brand of playable ads was born. Berat, who has an entrepreneurial spirit and has experience in board games and tourism, started the business and then we found our first developer, Omer, now also one of the co-founders. The rest, as they say, is history. Fast forward to today, and I’m proud to say Playable Factory is one of the leading playable ad companies in the world.

Women are as prominent a player base as men – both in active players and engaging in IAPs – yet there remains an absence of women in the games industry and especially in leadership positions. What should the industry be doing to encourage more women to join?

Due to numerous barriers working against them, women tend to choose jobs that are safe, stable, and within established industries. Gaming isn’t a stable sector. Risk is inherent, with a rollercoaster of success and failure as part of the journey. An effective work/life balance is also hard in this industry, especially when heading up a company. It’s competitive and never sleeps. And on top of that, male-dominated workplaces can make a hostile environment for women to operate in, unless they have robust diversity awareness.

But all this can and should change.

Studios working with female game designers have higher success rates with their games.

Studios working with female game designers have higher success rates with their games. This is partly due to the size of the female player base. The more we shout about that, the more young girls will be inspired by their work, and pursue a career in game development. I think we, as an industry, need to pave the way for the next generation, and truly celebrate women in all the different roles that make up the games industry – especially the ones creating the work.

Turkey's mobile games industry has flourished exponentially in the last decade, although workplace conditions and unfair contract agreements are as much of a problem in the country as they are in other countries. What can Turkey do to better support its young workforce?

Turkey has invested a great deal in this area, with a whole host of initiatives relating to tech and gaming. To name a few, there are organisations like the Game Developers Association of Turkey (TOGED), and the Game Designers, Developers, Producers, and Publishers Association (OYUNDER), both of which actively support the games industry.

A few years ago, the Google Game and Application Academy was launched to support the Presidency's Digital Transformation Office and the Ministry of Industry and Technology to boost the Turkish digital games industry, in cooperation with Google Turkey, T3 Enterprise Center, and Entrepreneurship Foundation. Fun fact: half of the academy’s 2,000 scholarship holders are women. A few years ago, mobile games company Peak Games released a TV ad to scout young talent, which provided a real boost in young people deciding they wanted to pursue a career in gaming.

But there’s still a lot more we can do to improve. Universities here currently don’t have games industry-specific courses. I would love to see more game design departments in universities. Gaming gets underestimated as a career path - it needs to be recognised as a valid and valued long term career path. Esports is also becoming popular in Turkey, and we should shout more about that. But we don’t just need to convince young people, it’s also their parents.

The more success cases we see as a whole, then the more that wider society will see it as a legitimate and fun industry to be a part of. When we were young, our parents saw video games as a bad thing, and assumed we’d neglect our studies for them and get low grades. People are now starting to understand that having gaming know-how and experience pays off, with great jobs in gaming and excellent skills being developed. I hope we’re a good example here.

Have you seen a heightened interest from women in Turkey to join the games industry?

Interestingly, the number of women designers in the games industry is higher than ever, but this doesn’t apply to developer and management roles - that’s where we, as an industry in Turkey, need to play catch-up.

I was mostly working on solo projects, which meant the success of my work was always dependent on me. In the games industry, it’s the opposite.

There are women in gaming events, Discord channels, and networking organisations, all rallying for change in this area. I can see this first-hand just by the number of women we get applying for developer jobs with us. Other positions, such as game design and product management are receiving more and more interest from women looking for a steady, reliable job.

Slowly but surely, people are starting to see gaming companies as good places to work with great career opportunities - for men and women alike.

What advice do you wish you were given when you joined the games industry, and how much has that advice changed (if at all) if a young woman approached you for advice?

I didn't fully grasp the importance of having a great team before I started to work in gaming. I was continuing my PhD in mechanical engineering, and I was mostly working on solo projects, which meant the success of my work was always dependent on me. In the games industry, it’s the opposite. Success comes through a strong and cohesive team. That’s something I wish I’d known earlier on.

So, my advice would be to lean on your team, evaluate, and believe in them. That’s the only way to reach success in this industry. On the flipside, if you don’t like the team, it would be very hard for you to show your full potential. If your motivation about your work aligns with your team's, then that’s the best combination, so as a team you can focus and enjoy the success you deserve. Team work makes the dream work.

What does the future hold for mobile games advertising?