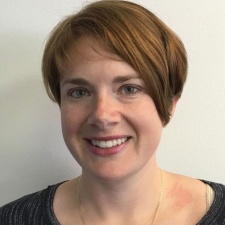 With only a few months of existence and a debut title as accomplished as Colopl Rune Story, COLOPL NI demands attention.

Established as the US arm of the top-grossing Japanese RPG publisher, COLOPL NI exists to bring the remarkable success of its Japanese counterpart westward.

Indeed, while it's too early to judge its success in terms of revenues, Rune Story - COLOPL NI's localised take on Japanese hit White Cat Project - attained the rank of 'pproved in our recent IAP Inspector, and is therefore cemented as one of our favourites this year.

As the outfit is looking to bolster the team at its San Mateo office, we caught up with Producer Alisa Kurt for insights into the office's Japanese-American company culture, what she looks for in candidates, and tips for those applying.

PocketGamer.biz: Could you give us some background on COLOPL NI?

Started in April 2015, we are a fast-growing team of designers and developers working to make games for the Western and international market. We seek to create brand new games and also culturalise several games that have been successful in Japan.

Most recently, we released Colopl Rune Story on iOS and Android. This is based on White Cat Project, one of the most successful, top grossing games in Japan by COLOPL, Inc.

We seek to create brand new games and also culturalise several games that have been successful in Japan.

COLOPL NI rebuilt the game using the expertise and tastes of our diverse team members who hail from both Japan and the United States.

We only just started and are already seeing great success with our first game. This is a very exciting time to join us as we have so much room to grow with a great starting point built already.

Our top priorities are seeking a Content Game Designer and Game Analyst.

The Content Game Designer in particular will have the opportunity to jump into Live Ops, set up daily events, and come up with more feature and event ideas to keep our players engaged.

At COLOPL NI, the production and design roles are mixed so this team member should expect to take on some production tasks.

For our Game Analyst, we need someone who can synthesize our data and provide insights and actionable suggestions. Obviously, a deep understanding of our game is crucial for this.

This team member should be able to both get in the weeds with SQL and be able to speak with the engineers about what data they need, but also present findings and their significance in an easily digestible way.

The Game Analyst will be working on multiple projects and be a key player during soft-launches.

We are also hiring part-time QA, IT manager, and part-time administrative team member, all of whom should enjoy working in a game studio. The QA testers will be primarily responsible for helping the Engineers and Designers test features and content.

In general, the right candidate would be able to grow in their responsibilities.

We will soon be building a larger team to start a brand new title. For that, we’ll need designers, producers, artists, and engineers.

We will be looking for candidates excited to prototype a new project, and who have a startup mentality of wearing many hats on a small team.

As you're overseeing recruitment at COLOPL NI, what do you look for in candidates?

First of all, a candidate needs to play our game and be knowledgeable about it. We all love Colopl Rune Story

and play it in our personal time, even after working on it all day.

We need team members who are adaptable to different working environments. Our team is a mix of American and Japanese working styles and roles are less defined. The right candidate is patient, willing to compromise, and has good communication skills.

Although we came from a big company, we function like a startup, so we look for candidates who are self-directed and who are always looking for ways to pitch in and improve the game.

Why do you think COLOPL NI / San Mateo is a good place to work? How will you be trying to encourage a strong company culture?

The peninsula of the San Francisco Bay Area, where San Mateo is located, is a fast-growing city right between San Francisco and Silicon Valley. The top players in gaming and tech are a short BART or Caltrain ride away. Thus, there is no better place to be for people who want to work in games.

Team members here will also get the opportunity to make a game from scratch. There are no directives on high to make a certain type of game or use a certain IP, only the chance to create something totally organic.

Although we came from a big company, we function like a startup.

Most of all, the way the team gets along speaks for itself. We come from all corners of the world and are still able to work together and create the game we all want to play.

We plan office gatherings centered around American and Japanese holidays so we can not only bond, but get to know the cultures of our colleagues as well.

Overall, what we all have in common is that we love games. Having that shared passion makes it easy to work together. We look forward to adding new people and perspectives onto the team.

Do not wait until joining a game company to make a game. Join game developer meet-ups and participate in game jams. There are also programs like GameMaker that make it easy to prototype a game yourself.

Having a project in your portfolio to show a potential employer will demonstrate proactiveness and passion for game development. Finding potential employers comes from networking and making friends with individuals who already work at game companies.

Outside of work, play games of all genres. Expand your horizons beyond the types of games you prefer to play. And it goes without saying, but make sure to dive deep into games by the companies you want to apply for.

When entering the mobile games space, have free-to-play at the top of mind and begin generating ideas for how to best monetise a game.

Keep up with games trade press to see what makes the creative process tick and the state of the business. From there, you will not only learn the industry’s and consumers’ changing needs, but also how to apply your skills and passions to serve those needs and your own as well.

And remember that making games is all about collaboration and balancing grand ideas with more practical concerns such as time and budget. Keep an open mind and remember that the people interviewing you are hiring a coworker, so relax and show your personality.

All job applications should be directed towards job-ml-ni@colopl.co.jp.