"Very impressed with the ethos at MAG" 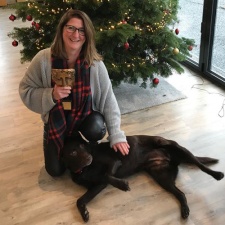 After previously holding the same role at Plug-in, where she was part of the team that won a BAFTA Children’s Award in the Interactive: Adaptive category, Langran will now help the studio to build on its current portfolio.

Langran’s role will also include creating final art assets, animations, UI and FX, which will all go towards any new releases.

"I was very impressed with the ethos at MAG," said Langran.

"It was clear that they cared about their employees just as much as they care about their games. I knew I would be valued as an artist and instantly made to feel part of the amazing and talented group of people at MAG. They give you time to be creative while at work and that is where the best ideas are forged."

David Amor, Chief Business Development Officer at Mag Interactive chief business development officer David Armor added: "We're so pleased to have an artist of Jules Langran's calibre to join the team and she's already doing great work designing the look and feel of MAG Brighton's next smash game. She's a really creative person to have around."

We recently spoke to MAG Interactive’s Violetta Palinder on how to get a job as a games artist.