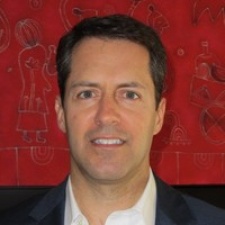 Visoso has a career spanning decades, having held several global leadership positions across the US, Latin America and Europe.

"Unity's commitment to innovation and inclusion attracted me to join the Board of Directors several months ago," said Visoso.

"I have been very impressed by the company's culture, management and the Board, all of which convinced me to join Unity as CFO given the exciting opportunities in front of us."

Before Unity, Visoso was Palo Alto Networks' chief financial officer, the same role that he held at AWS.

"Luis comes to Unity with great experience honed at some of the world's most respected companies," said Riccitiello.

"Most recently, Luis was CFO at Palo Alto Networks, and prior to that, he served as CFO of Amazon Web Services (AWS) and CFO of Amazon Worldwide Consumer. He has proven capabilities to build high performing teams domestically and internationally.

"Luis is stepping into Unity's CFO role at a moment when Unity is executing well. He shares our optimism about Unity's near- and long-term prospects and will contribute to our journey to build a better world with more creators."