“This is an incredible time of growth..." 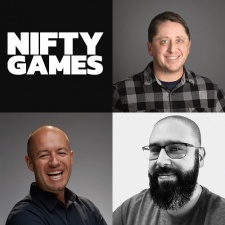 US mobile games developer Nifty Games has confirmed it has hired three industry veterans to its executive team.

Ahead of the studio’s upcoming US launch for NFL Clash, a new chief marketing officer has been appointed as well as two internal promotions.

Jason Covey will be taking on the role of chief marketing officer. Having previously worked on mobile sports titles while holding positions at Fox Interactive Media, Covey's marketing team at THQ established a mobile game presence for several US sports, such as NFL and NBA.

Dan Wasson is stepping in as vice president of production and operations, with 25 years of industry experience from head of publishing at Wargaming America, to varying senior roles from the likes of LucasArts, Konami and EA.

Engineering veteran Ibs Rageh will be assuming the role of vice president of engineering. Rageh will be bringing 18 years of experience from companies such as Page 44 Studios, Zynga, WB Games and EA.

“This is an incredible time of growth for us as we move to scale our first title NFL Clash to a global audience and introduce new games to our lineup.

"Finding the right senior talent is crucial, and I’m very pleased with the leadership team we’ve built as we accelerate our mission to become the premiere publisher of sports titles for mobile.”

Former Sega of America director Peter Moore joined the Nifty Games board of directors in December.