Both will depart by the end of August 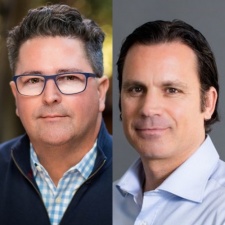 Glu Mobile CEO Nick Earl and COO Eric Ludwig have announced that they will both exit the company in August.

Speaking with VentureBeat, Earl and Ludwig confirmed their plans to depart the San Francisco-based developer after four and 16 years, respectively. This decision comes four months after EA completed its acquisition of Glu for $2.1 billion.

Earl previously worked as the senior vice president and general manager at EA Mobile for 14 years, before moving onto Kabam for 13 months. He then joined Glu as its president of global studios before making his way up to CEO.

On the other hand, Ludwig started out in games at Glu in 2005 as the director of finance. After working his way up through various roles in that department - including senior vice president and executive vice president - he took on the role of COO and CFO in 2014.

"This is something that Nick and Eric have been talking to us about for the past few months as they’re pursuing the next phases in their careers and lives," EA senior vice president Jeff Karp told VentureBeat.

"They’ve done an amazing job to help build the Glu business and culture. And it’s helped us a ton over the past few months with the transition. And this was really a decision that they made. We are excited about the company that they built."

Going forward, Karp is heading up EA's mobile strategy, now that it has control of Playdemic and Codemasters, alongside Glu. As a result of this, EA now possesses 20 mobile studios working on numerous titles, with over 1,500 employees across its mobile sector.

Last month it was confirmed that Codemasters CEO Frank Sagnier would depart the firm, similarly four months after the company was acquired by EA.